PETA has been warning consumers for years that these two important pieces of legislation are being undermined, and we’ve previously demanded action from the Home Office. We also wrote to all MPs asking them to insist the government enforce the ban on selling cosmetics products tested on animals and ensure that cosmetics are brought to market without new tests on animals.

So, Why Must Consumers Remain Cautious?

Companies can sell products in the UK even after they’ve been injected into guinea pigs, forced down rats’ throats, or applied to rabbits’ eyes in China or other countries, as long as the tests aren’t used to demonstrate product safety for the UK. This means companies may continue to pay for experiments on animals in China – where they’re required for many products – as long as they feature only data from non-animal methods in their UK paperwork.

Why Is the Government Allowing Animal Tests for Cosmetics?

Regulatory agencies claim that the tests are needed to demonstrate safety for workers who manufacture or handle the substances. Yet, the ingredients in question have a long history of safe use by consumers and have been handled safely in factories for many years.

What’s more, testing ingredients on thousands of animals won’t help protect workers. Fundamental biological differences between humans and other animals mean the results of experiments on animals just don’t reliably predict what will happen in humans – whereas humane and human-relevant non-animal methods do.

Following its exit from the EU, we hoped the UK would take a stand against animal testing, but disappointingly, the government has failed to rule out such tests on animals for cosmetics ingredients under UK chemicals regulations.

What Can You Do to Help?

Testing beauty products on animals is ugly, full stop. Do your part by always using cruelty-free products – when in doubt, check the PETA US international database to learn which companies do and don’t test on animals.

Please help us demonstrate the scale of public opposition to testing cosmetics on animals and all other experiments using animals.

Sign our petition urging the government to mandate an end to all experiments on animals: 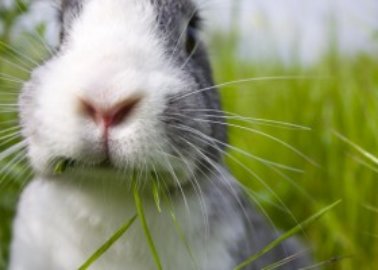 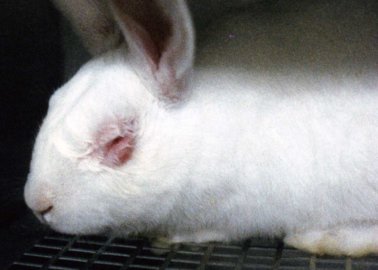