A Vegan’s Guide to Non-Dairy Milks

More and more people are waking up to the cruel reality of the dairy industry, so the market for alternative non-dairy products is growing faster now than ever before.

In the past two years alone, the non-dairy milk market has grown by a staggering 155% in the UK!

Producing plant-based milks takes a lot less water and land and results in much less carbon dioxide than producing dairy milks. We’ve put together a guide to some of the best vegan milks and how to use them:

Almond milk is made from ground almonds mixed with water. Its rich texture and slightly nutty taste make it delicious in lattes. It’s also great for blending in smoothies. Almond milk is low in fat, sugar, and calories and naturally high in many vitamins and minerals.

Coconut milk is made by soaking the white flesh of coconuts in hot water. The cream rises to the top and is skimmed off, leaving the milk behind. Coconuts are highly nutritious, containing vitamins C, B1 and B6. The milk is high in saturated fat, though, so it’s best consumed in moderation, and it’s also one of the more expensive vegan milks. But despite being low in sugar, coconut milk is quite sweet-tasting, meaning it’s perfect for desserts, cakes and smoothies. It’s also an important ingredient in Thai and Indian curries.

Hazelnut milk has a roasted nutty flavour that goes well with hot chocolate. Some speciality coffee houses are moving towards hazelnut milk because it heats and foams better than almond or soy. It’s high in fat and calories but worth it! It’s also loaded with B vitamins and vitamin E as well as folic acid and the omega-3 fatty acid ALA, which helps keep cholesterol and blood pressure down.

The seeds of the hemp plant, a relative of cannabis but without the psychoactive chemicals, are one of the best vegan protein sources in the world, containing nine essential amino acids and omega-3 and omega-6 fatty acids. Hemp milk has a sweet, nutty taste that works very well in tea.

Oat milk, which is often locally grown and produced in the UK, is made by soaking the hulled oats in water. The end result is sweet and delicious but more caloric than many of the other plant-based milks. Beta-glucan, found in oat fibre, can actually lower blood cholesterol levels. One serving will also give you 10 per cent of your recommended daily amount of iron, which is very important for vegans. It heats well and doesn’t curdle, making it good for cooking. It should be avoided by anyone with a gluten intolerance.

On it's own or with your favourite fruit in a smoothie, how do you enjoy Rice Dream? #plantbased #whatveganseat #healthyeating

Rice milk is made from boiled rice, brown rice syrup and brown rice starch. In taste tests, rice milk has been shown to be more popular than soya milk. It’s sweet and not as thick as most of the other plant-based milks, and it also is much lower in fat, but it doesn’t contain very much protein.

A complete protein source, soya milk is one of the most popular plant-based milks of all and often the only one you’ll find in mainstream coffee shops. It goes well in espresso-based drinks because of its creamy texture and neutral flavor. It has about half the fat of cows’ milk, a third of the calories and none of the cruelty!

What’s your favourite dairy-free milk? Join the debate by leaving a comment below.

For more tips about switching to a vegan diet, why not sign our 30-day pledge today? We’ll send you regular e-mails with tips, resources, recipes and more. Sign up here. 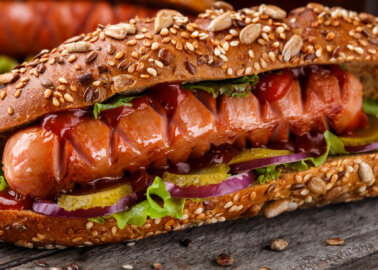 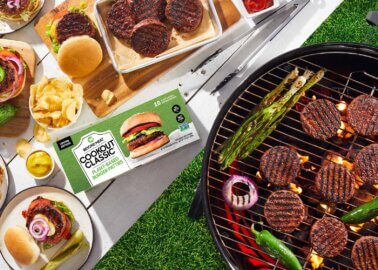 UK’s First Vegan BBQ Week: Everything You Need to Know