PETA Asia reports that Kenya has opened three donkey abattoirs in the last three years. Many donkeys are transported to these facilities by lorry from neighbouring countries. The gruelling trip can take several days, often in scorching temperatures. 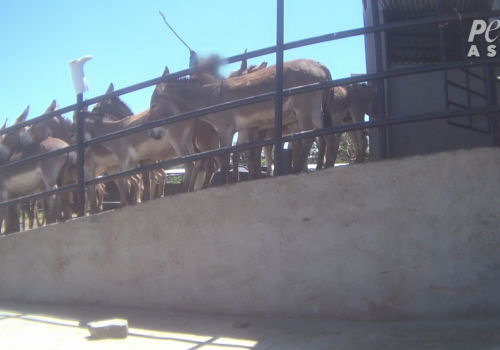 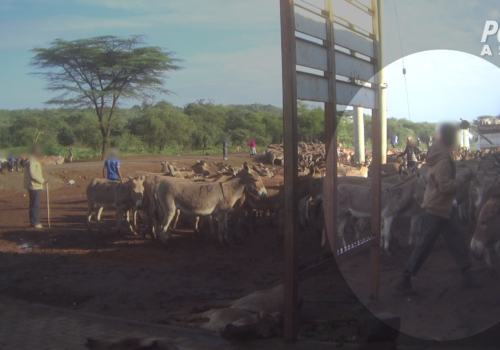 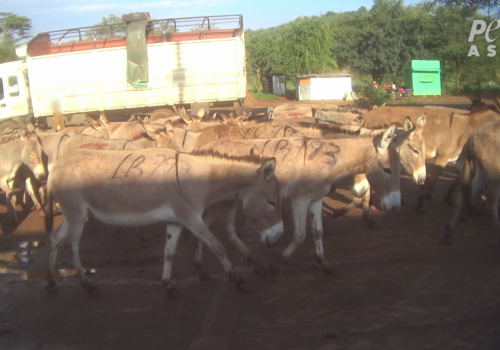 Donkeys Are Injured and Some Die During Transport

Eyewitnesses found dead donkeys who hadn’t survived the torturous journey abandoned outside an abattoir. One donkey on a lorry appeared to be injured and was unable to stand up. Workers dragged her out, dumped her at the facility’s front gate, and kicked her. Eyewitnesses didn’t see her receive any pain relief or treatment – she was simply left to suffer from her injuries. 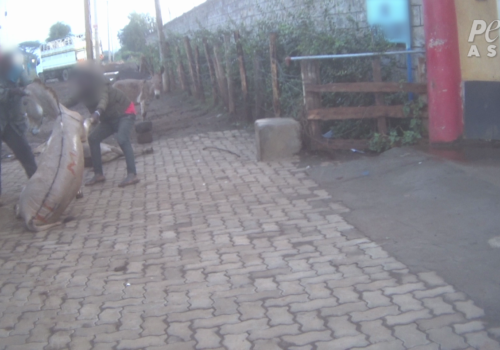 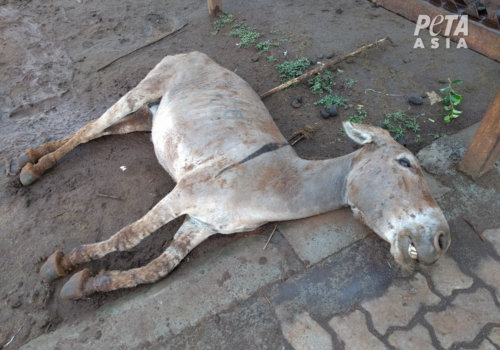 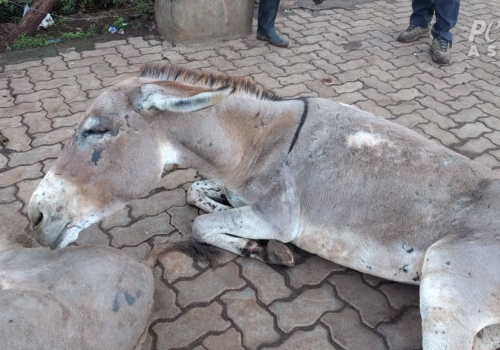 Other Countries Have Already Banned This Cruel Practice

Many African countries including Botswana, Burkina Faso, Mali, Niger, Senegal, Tanzania, and Uganda – have banned the export of donkey skin or have closed down Chinese-owned abattoirs. Yet, despite a warning from China’s official National Health and Family Planning Commission that ejiao is really just “boiled donkey skin”, donkey abattoirs continue to operate in countries like Kenya in order to meet Chinese consumer demand for the product.

There are virtually no regulations against the abuse of animals on farms or in abattoirs in Kenya, so none of the violence captured in the footage is punishable by law.

PETA and our affiliates have been pressuring officials, companies, and consumers around the world to stop supporting this cruel industry. There are numerous alternatives to ejiao, including modern medications and herbal medicines, that are more effective and don’t require that any animals be killed. 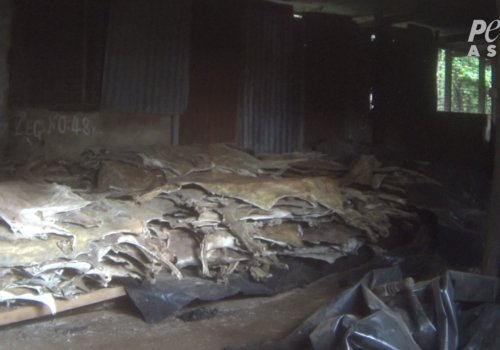 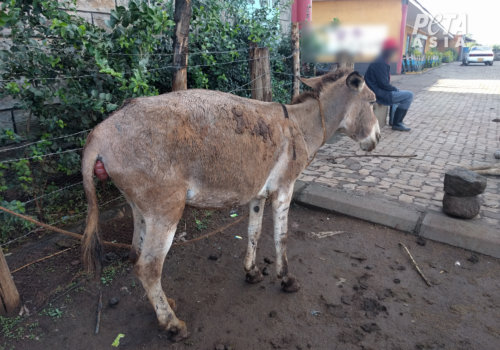 After PETA Asia released footage of donkeys being beaten in Kenya, which was one of China’s main donkey-skin suppliers, Kenya’s Ministry of Agriculture banned donkey abattoirs in that country. Now, you can help spare more donkeys a violent slaughter.

Please send a message to Liu Xiaoming, the Chinese ambassador, asking him to use his influence to stop the cruel treatment of donkeys in China.