PETA US has obtained 43 hours of never-before-seen video footage showing brain-damaged monkeys being terrorised with rubber snakes and spiders at a National Institutes of Health (NIH) laboratory in Maryland, US.

These experiments are designed to elicit maximum fear. An experimenter carves out a section of a monkey’s skull, injects toxins into the brain, sometimes suctions out portions or burns them, and causes permanent and traumatic damage.

The monkeys are then put separately in a small metal cage, which is held inside a larger box painted black. A guillotine-like door at the front of the cage is suddenly raised, revealing something inherently scary to monkeys – a snake or a spider. These snakes and spiders are artificial but realistic-looking, and some can move or even jump.

Because monkeys innately fear snakes, some respond defensively – freezing or looking or turning away. Others shake their cages. Some grimace or smack their lips – signs of submission in the face of a threat. The monkeys endure this same torture repeatedly. When the experimenters have finished with them, they may be killed or recycled into other experiments, to be further tormented. 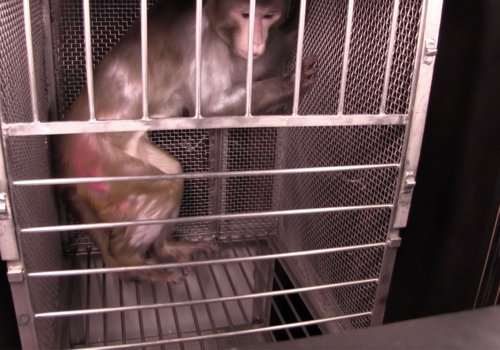 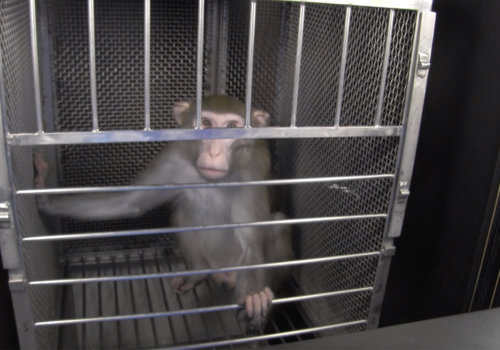 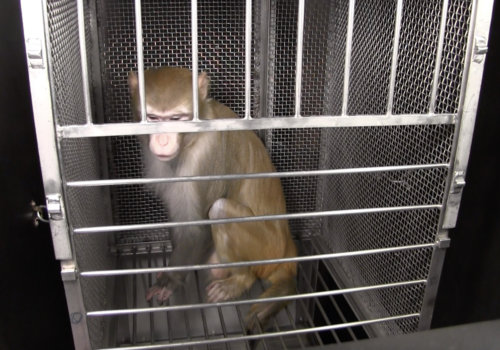 Blood money – and lots of it – for nothing

These experiments have raked in tens of millions of US taxpayer dollars – more than $36 million (approximately £27.7 million) in the past 13 years alone. The footage obtained by PETA US is from an NIH project called “Neural Substrates of Reward Processing and Emotion“. Since 2007, $16.4 million (approximately £12.6 million) was doled out for this project.

After three decades of tormenting and killing monkeys, this laboratory has not developed a single treatment or cure for human diseases.

These experiments are catastrophically flawed, at best. In a 2007 paper, the experimenters acknowledged that because the monkeys they used and eventually killed were purchased from breeding colonies, “we cannot rule out the possibility that environmental factors such as stress contributed to the genetic influence on cognition we report.”

Is this really the best we can do?

These experiments are an affront to human decency and an embarrassment to science.

Researchers have been studying the roles of specific brain regions for emotional regulation and behavioural flexibility for decades – but in naturally occurring conditions in humans – and they’re producing reliable, applicable results. Research money needs to be redirected into human-relevant models and cutting-edge methods that hold promise for humans.

This fear “research” has amounted to 30 years of monkey torture. It is not who we want to be as a species. This is not how we succeed. PETA US is demanding that NIH close this laboratory, end these tests, and redirect funds toward superior, non-animal research methods that benefit humans.

Monkeys are tormented and killed in Europe, too 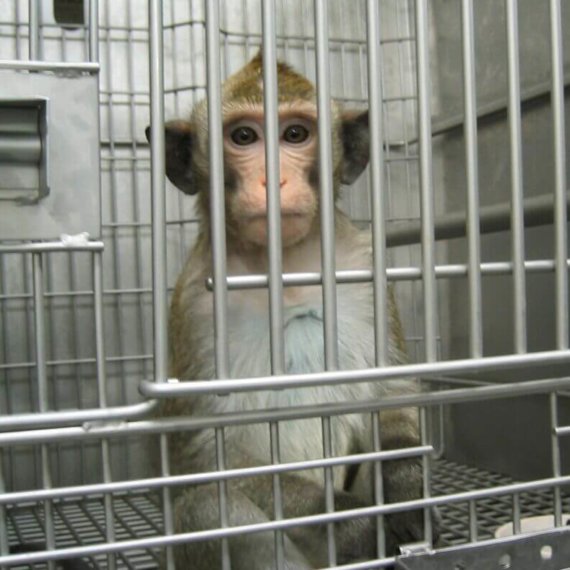 At the Biomedical Primate Research Centre in the Netherlands – Europe’s largest primate laboratory and breeding centre – at any given time, approximately 1,500 monkeys are being held for breeding, and many are experimented on. They may be shaved, tattooed, left susceptible to injuries as a result of drugging, placed in restraint cages, infected with debilitating diseases, or even killed in full view of their companions.

Please urge the Dutch government to end the use of monkeys in animal experiments: