A disturbing, first-of-its-kind PETA Asia investigation reveals exactly how pythons are being killed for LVMH’s snakeskin bags and shoes. Investigators visited two Indonesian abattoirs that supply LVMH – which owns Louis Vuitton, Dior, Celine, and other fashion brands – and documented workers bashing snakes in the head with hammers, pumping them full of water, and skinning them – likely while they were still conscious.

Louis Vuitton’s parent company, LVMH, claims that its raw materials “are produced in a responsible manner … combining ethics with respect for the environment” and that “animal welfare … and species conservation are respected”. And Louis Vuitton’s CEO, Michael Burke, recently claimed that all the animals in the company’s supply chain are “humanely farmed”.

See for yourself what happens to animals killed to make purses and shoes sold by LVMH. Then take action to spare snakes the agony of becoming a fashion victim.

PETA Asia investigators observed abattoir workers ineptly attempting to stun or kill the snakes by striking them repeatedly (up to five times) on the head with a hammer – likely causing severe pain and stress rather than unconsciousness or death, according to Dr Clifford Warwick, a reptile expert who reviewed the footage. 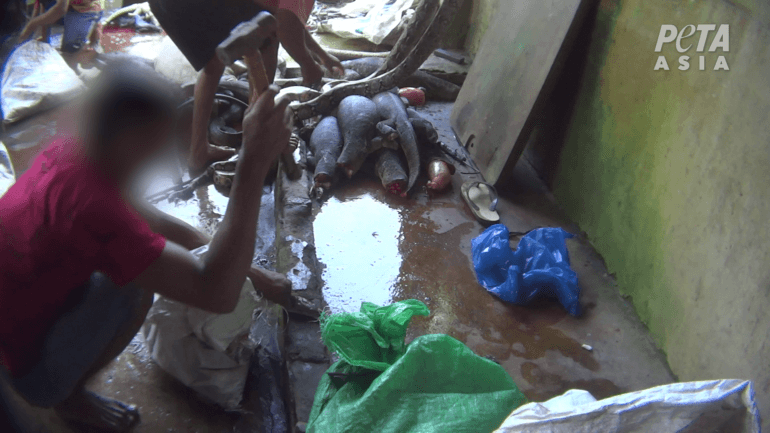 Snakes Strung Up, Pumped Full of Water at LVMH Supplier

Workers were seen suspending pythons from a gantry with ropes and then ramming hoses down their throats or into their cloacal vents and pumping them full of water. Then workers tied their mouths and anuses shut to increase the water pressure inside their bodies in an attempt to stretch the skin, making it easier to remove. This method is considered “inhumane and unacceptable by international standards” and “would result in extreme stress and pain in the snakes”, according to Warwick. 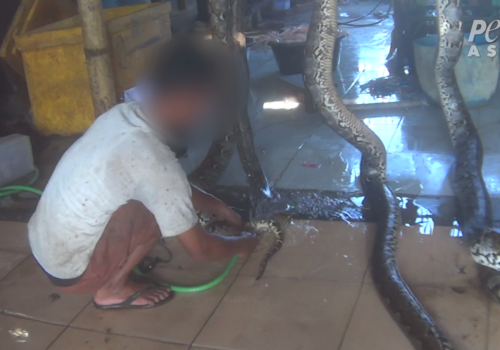 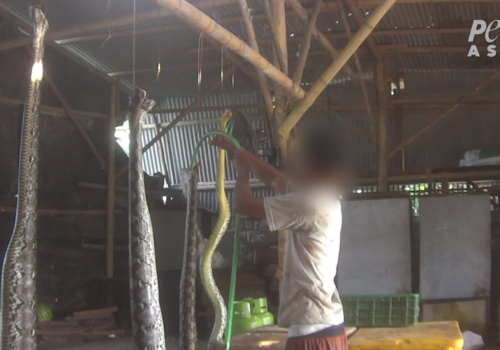 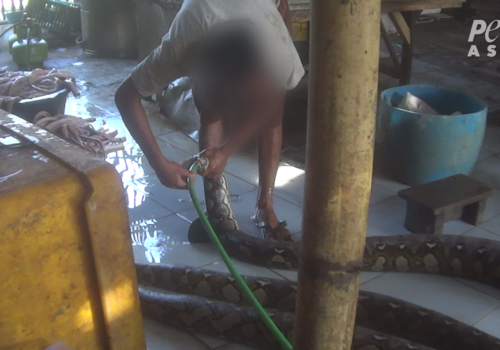 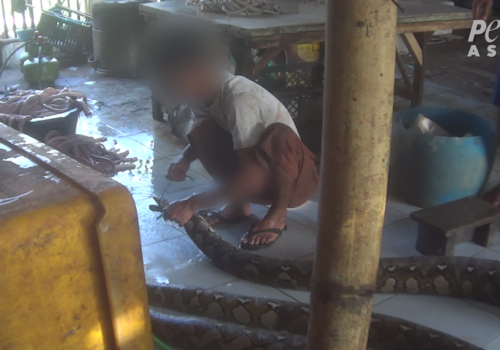 Pythons Slit Open With Razorblades and Skinned, Likely While Alive and Conscious

Investigators noted that at least one snake’s tail moved as a worker cut open the animal’s skin with a razorblade and that the workers did not bother to check for vital signs before starting to skin the animals.

The reptile expert who watched the footage confirmed that it is probable that the pythons were “conscious across all stages” of the attempted slaughter process. Because of snakes’ unique physiology, it can take some individuals anywhere from hours to weeks to die after workers’ barbaric slaughter methods. That means that many of the snakes were most likely alive as workers flayed and disembowelled them. 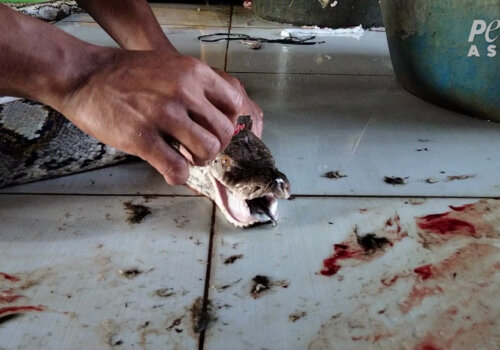 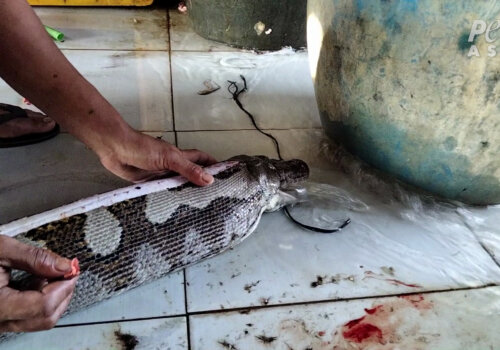 This is not the first time that PETA entities have exposed cruelty in LVMH’s supply chain. A PETA Asia investigation into crocodile farms in Vietnam that supplied skins to the company showed thousands of reptiles lying motionless in filthy, cramped concrete pits, some narrower than the length of their own bodies. And PETA US obtained footage of ostriches – whose skin is used for bumpy-textured purses sold by Louis Vuitton – showing that they’re kept in barren dirt feedlots for about a year before being sent to slaughter. In the abattoir, they’re forcibly restrained, electrically stunned, and flipped upside down, then their throats are slit in full view of their flockmates.

Pythons are fascinating animals who fiercely protect their eggs and can live for decades. Rather than exploring lush jungles and swamps and experiencing all the sensory pleasures they’re so keenly attuned to, those in LVMH’s supply chain are abused and tormented just to make purses and shoes.

Please join PETA in calling on LVMH to drop exotic skins from Louis Vuitton and its other brands right now!