“Free-range” chickens aren’t kept in cages, but they can still be crammed by the thousands into dark, filthy sheds. Access to the outside world may be severely limited, and many of these intelligent, inquisitive birds may never see the light of day. 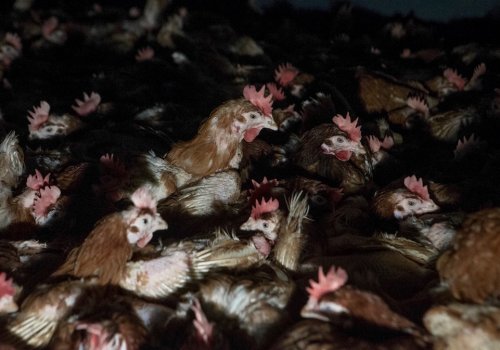 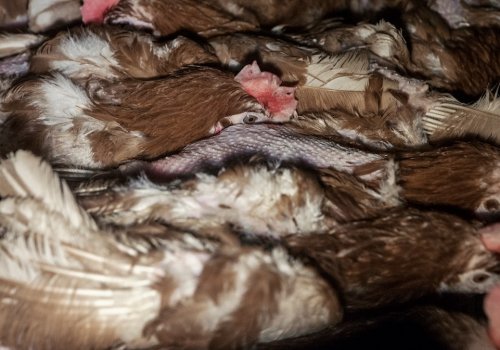 The crowding in these sheds is often so intense that the chickens almost never have a chance to engage in any of their natural activities, such as foraging, dust-bathing, and socialising. Many lose their feathers because of the high levels of ammonia and the stress from the extreme noise, stench, and confinement. 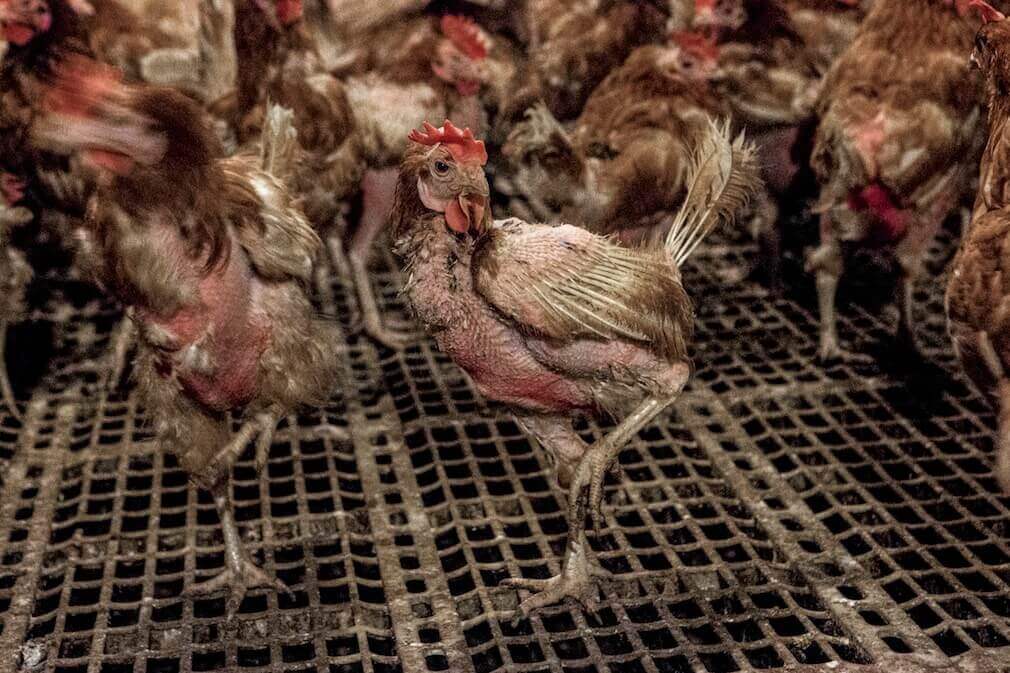 Male chicks, who are of no use to the egg industry, are typically killed just hours after hatching. They are gassed to death or thrown into a high-speed grinder while still alive. Females are allowed to live as long as their egg production remains high, but once their bodies start to give out they are sent to the abattoir. Here, they’re shackled upside down and their throats are slit so they can be processed into “low-grade” meat. Many don’t even make it this far, as they simply drop dead on the shed floor, where their bodies are left to rot. 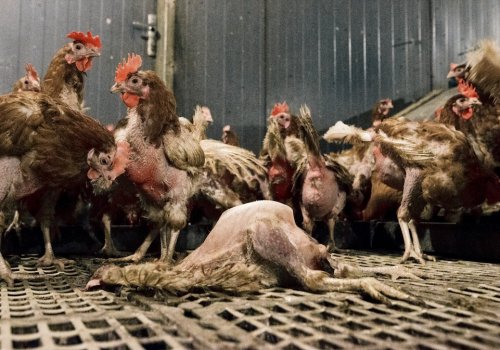 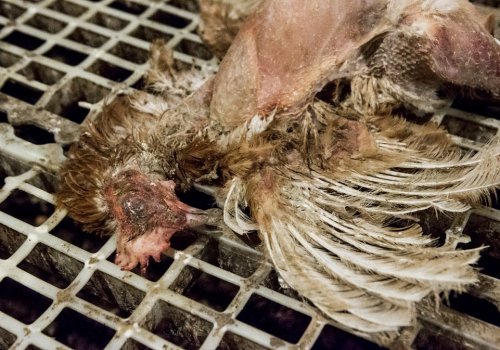 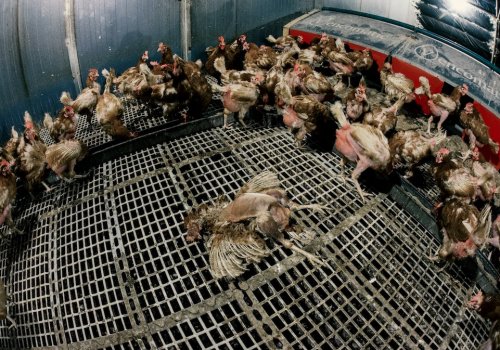 With so many animals crammed into such a small space, competition for food can be fierce. This, as well as other sources of stress, can cause chickens to resort to cannibalism, pecking at the rotting corpses of their dead flockmates.

The Only Cruelty-Free Option

“Free-range” labels might make consumers feel better about purchasing eggs, but they do little to protect chickens. The only truly cruelty-free labels are the ones that read “vegan”.

Find out how you can help chickens and other animals by ordering your free vegan starter kit today.