Crying Alpacas Thrown and Cut for Jumpers and Scarves

Michell claims that shearing causes alpacas “no harm”. Please see for yourself, and join us in helping these animals.

Roughly Handled, Tied Down, and Terrified

Mallkini workers pulled alpacas up off the floor by the tail and yanked them around. According to one veterinary expert who reviewed the footage, such “excessive force applied to the bones, joints, and soft tissues in the area” would cause dislocations, fractures, and severe permanent nerve damage.

Workers tied them tightly by the legs into a restraining device reminiscent of a medieval torture rack and pulled hard, nearly wrenching their legs out of their sockets.

The alpacas struggled, risking and sometimes no doubt incurring injuries. 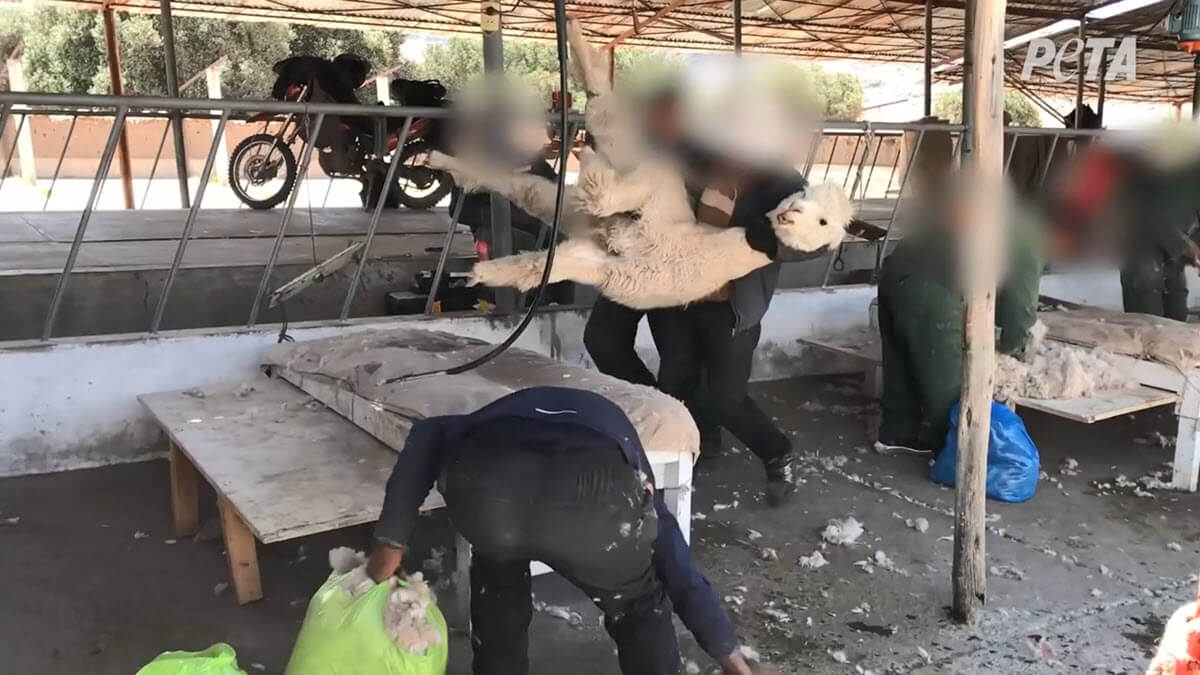 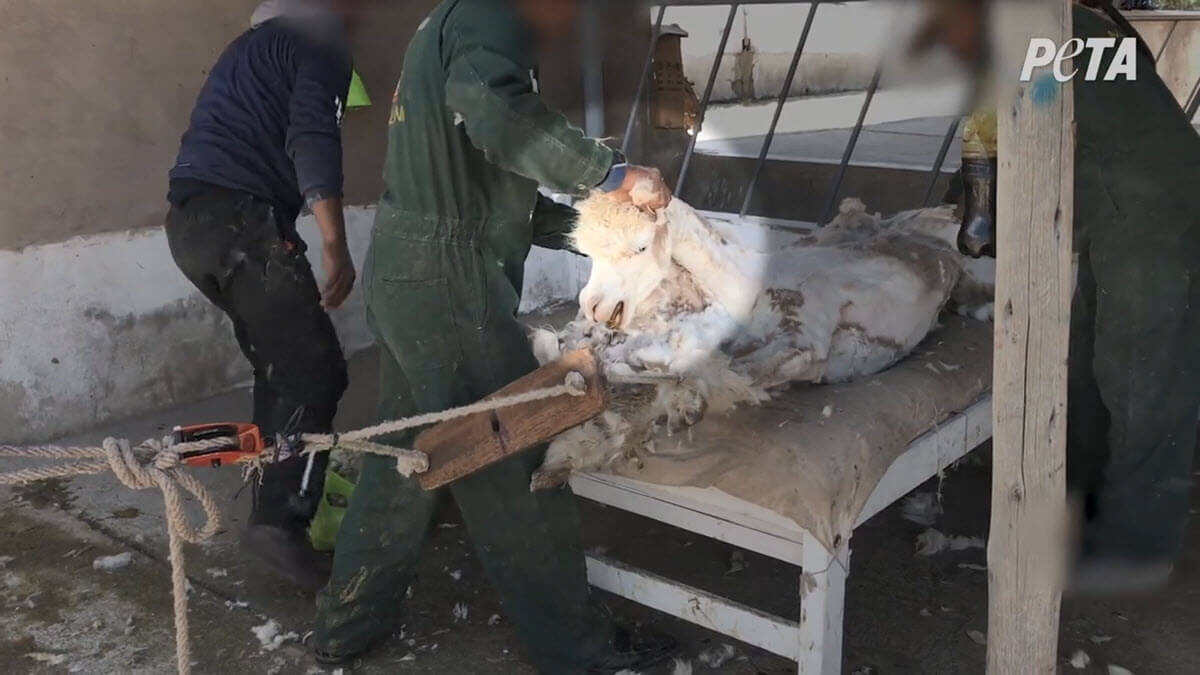 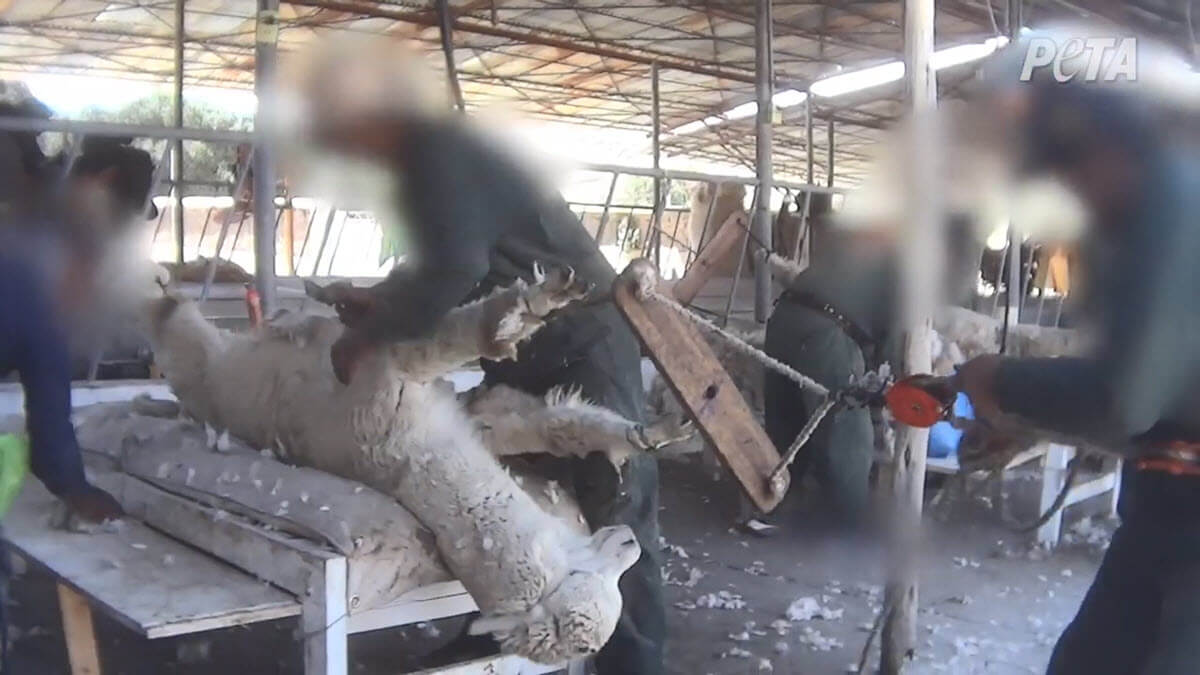 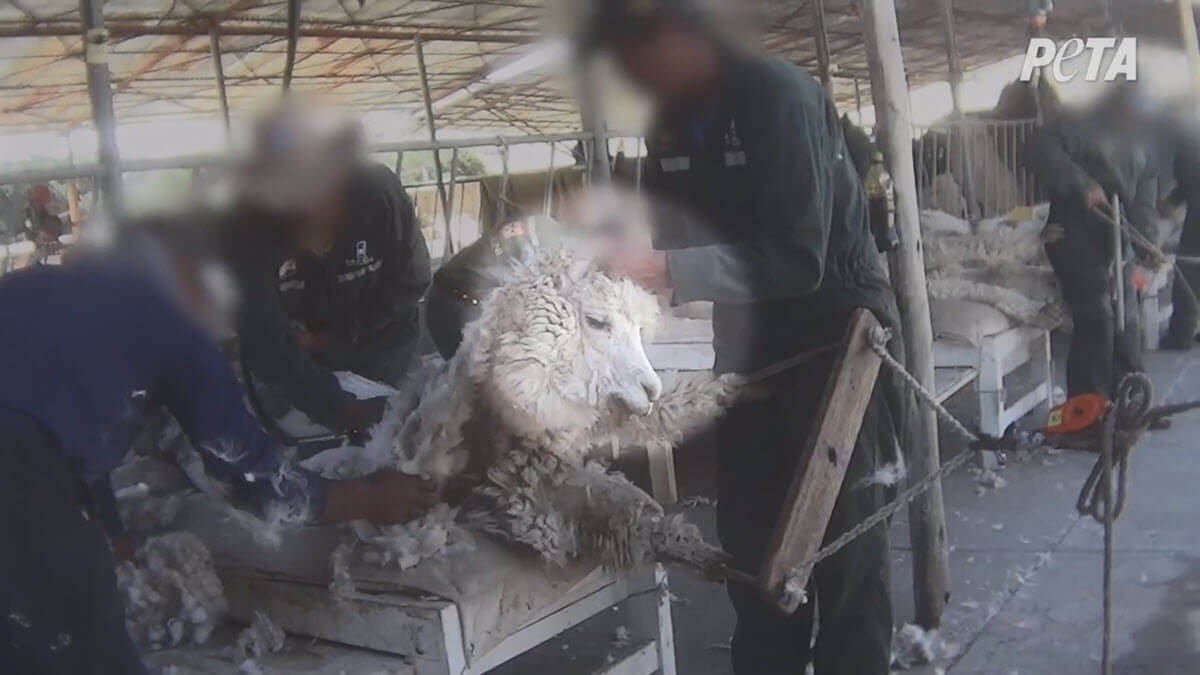 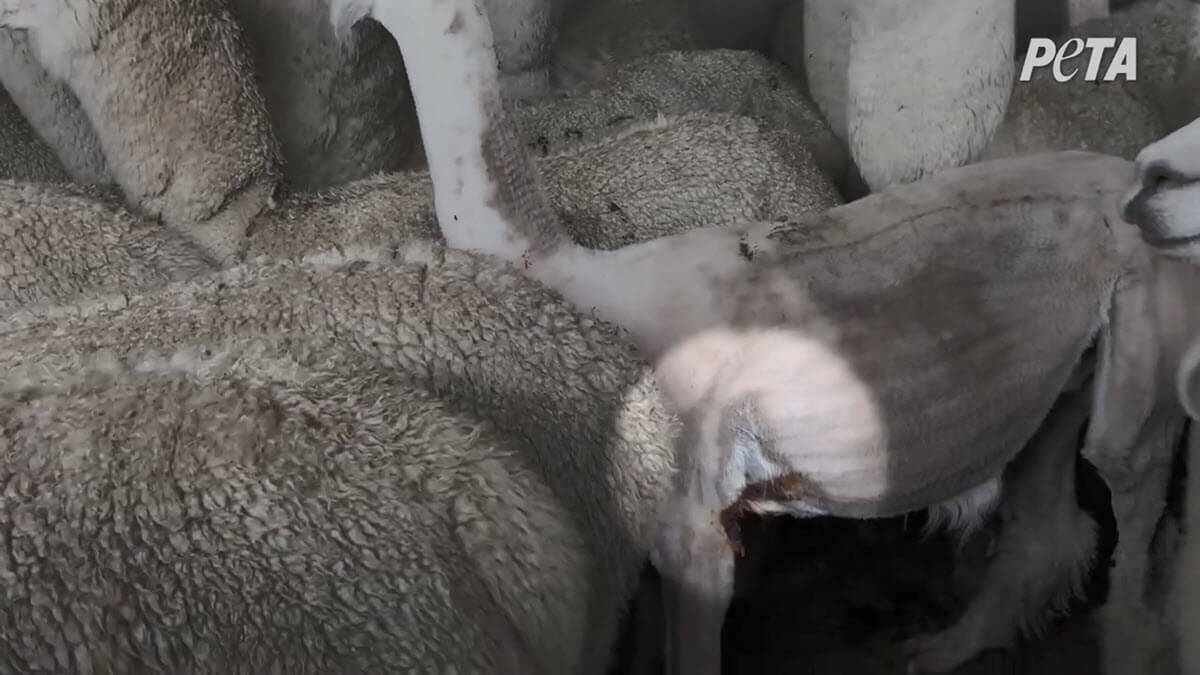 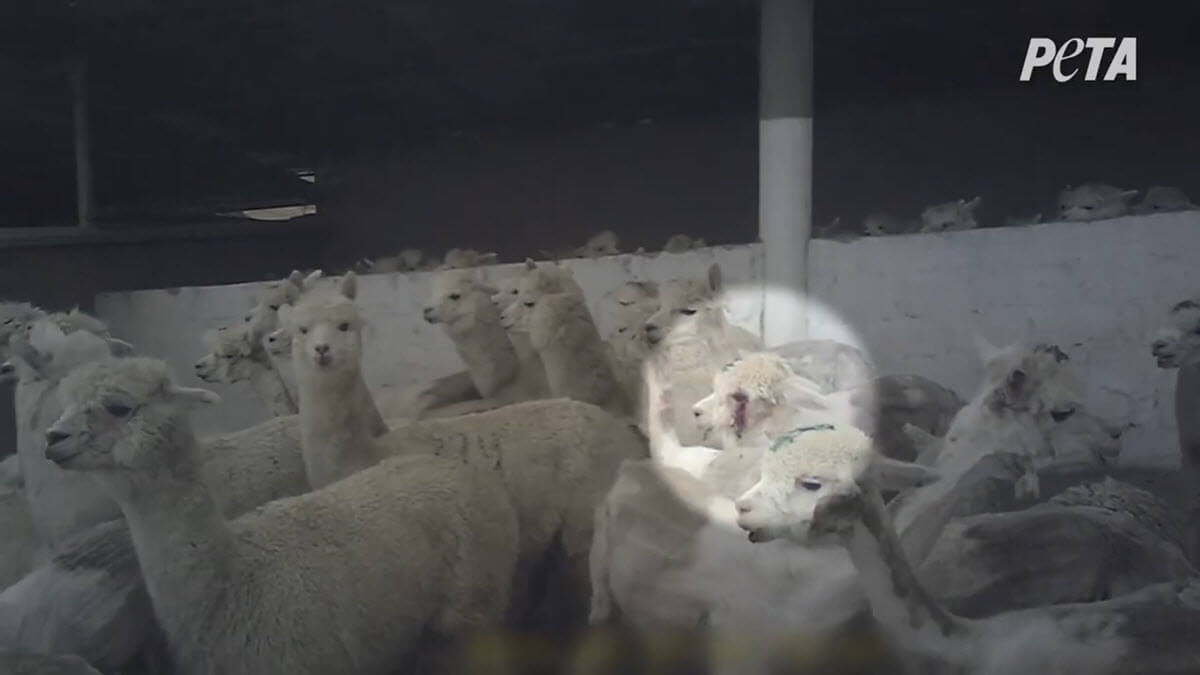 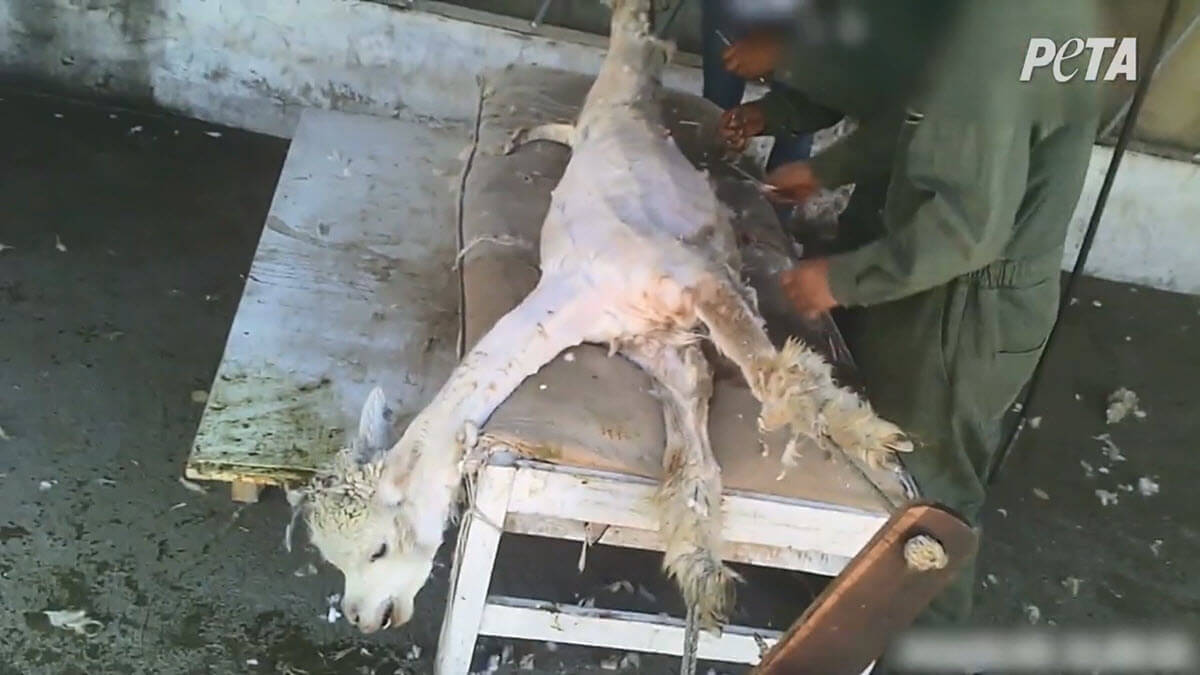 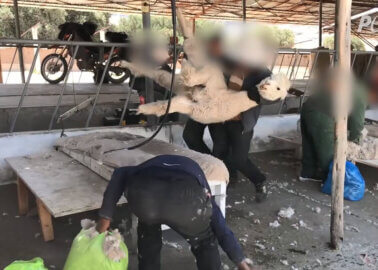 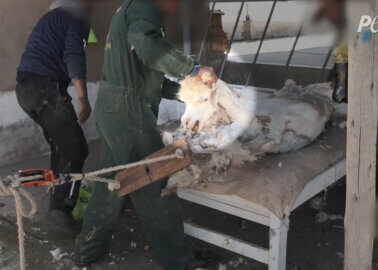 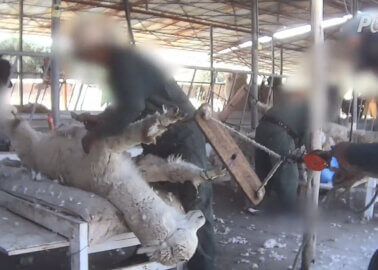 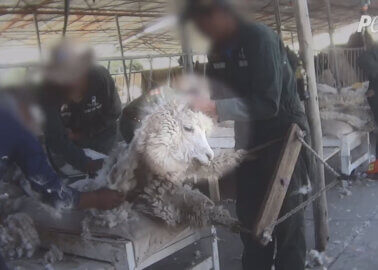 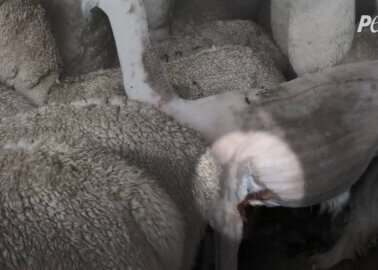 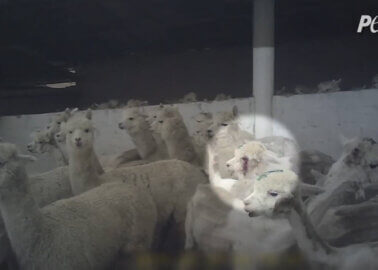 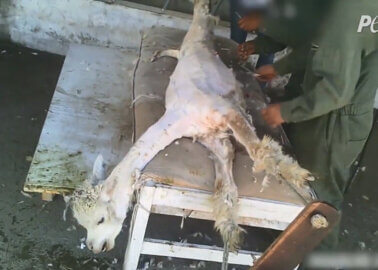 Crying Out and Vomiting in Profound Fear

Restraint is highly distressing to alpacas, who are prey animals and fear that they are about to be killed. (That will come later: once they’re no longer wanted for their coats, many alpacas are slaughtered for food.)

Terrified of being pinned down and totally defenceless, they cried out, spit, and vomited in fear as workers grabbed them by the ears.

One expert wrote, “Alpacas … have an innate instinct to flee from danger and potential harm. Restraining them on their backs and sides would cause fear, panic, and severe psychological distress.”

Afterward, the workers threw them onto the concrete floor and even stood on their necks.

Some alpacas froze for several minutes, apparently exhausted after their ordeal.

One alpaca’s eyelid appeared to have been severed, while another bled from the mouth.

When the workers stitched them up, most were never even given a topical numbing spray, which would have been inadequate anyway for gaping wounds. According to one veterinarian, “The workers are inflicting excruciating pain and torture by sewing up wounds on fully conscious restrained animals without proper pain control.”

Able to hear, smell, and see what was happening, other alpacas huddled together in fear.

You Can Help Stop This!

The best thing that you can do for alpacas is to refuse to buy anything made of their fleece. It’s easy to check the label when you’re shopping. If it includes the word “alpaca”, leave it on the shelf.

If you think you have what it takes to carry out undercover investigations like this one, PETA US wants to hear from you.