The Easy Way to Go Cruelty-Free

Confused by labels, rumours, company websites and impressive-looking claims about ethical policies? Want your money to go to companies that don’t support animal testing? It’s easy! Just click here to see PETA US’ international list of companies which you can be sure don’t test on animals, and you can shop with a clear conscience.

Search for Cruelty-Free Companies and Products

This list is all you need, but if you want to know more about the list and who’s on it and why, read on.

In some countries – China, for example – it is compulsory for any company that sells cosmetics to pay for the products to be tested on animals. This means that some companies that have been cruelty-free for years have turned their backs on their ethical policies and have started testing on animals in order to reach these lucrative developing markets. Read more about the current situation in China here.

This is why, in the UK and elsewhere in Europe, we still have an important ethical choice to make when buying cosmetics. Companies may be complying with the cosmetics testing ban in Europe, but at the same time, they are selling products in another market that have been tested on animals. By buying cosmetics from companies that are on PETA US’ list, you can be confident that you are supporting only companies that don’t test any products anywhere in the world for any market. Another concern is that companies may be testing ingredients for other purposes – for example, testing chemicals under the Registration, Evaluation, Authorisation and Restriction of Chemicals (REACH) regulation.

The UK government has taken a baby step towards ending the suffering of animals in laboratories by banning tests on animals for finished household products. However, scratch beneath the surface and you’ll find that animals may still die in cruel, painful tests for detergents, air fresheners, and other household products in the UK, as the ingredients used in such products may still be tested on animals under certain circumstances. Britain needs to implement a full and complete animal testing ban for both household products and their ingredients and should be encouraging other European countries to do the same.

Companies with a real commitment to stopping animal testing go above and beyond the requirements of the law and don’t test any ingredients on animals. They also don’t pay anyone else to do the testing for them.

The good news is that they include top high-street brands such as LUSH, The Body Shop and Ecover as well as many fantastic boutique brands that are available in other shops or online. None of these companies conducts animal testing of any kind, and all have made a real commitment to ensuring that there is no animal testing in their supply chains. Not only are their products ethical, their buying power also helps persuade suppliers to stop animal testing.

New companies are added to the cruelty-free list all the time. Some companies which aren’t on the list may not conduct animal tests or use animal-tested ingredients, but until PETA US receives full, signed assurances that a company doesn’t conduct, commission or pay for animal tests anywhere in the world, it cannot be sure that the company is 100 per cent cruelty-free.

Unless a company has a policy in place about the ingredients it uses, it is very likely that the ingredients it buys have been tested on animals. That’s why it’s so important that caring consumers use their purchasing power to support companies that have strong, progressive policies which ban animal testing now and which will continue to prevent it in the future. PETA US’ approval tells you which companies those are.

Cosmetics and household products can contain animal ingredients. LUSH has its own range of entirely vegan cosmetics, and on PETA US’ cruelty-free list, other vegan companies are clearly marked with a “V”. Of course, other companies may produce products which are entirely free of animal ingredients, and you can find out which ones by checking the labels before buying any product. Here is a full list of animal-derived ingredients to watch out for.

Thousands of animals suffer and are killed for cosmetics testing around the world every year – and billions are also killed for food. Going vegan is healthy, humane and environmentally friendly. Those of us who care about animals, other people and the planet need to look at what we put in our mouths as well as what we put on our faces!

If you have more questions about testing on animals or need tips on shopping cruelty-free, check out our new FAQ.

How to Do More

Using your consumer power to make compassionate purchases is already a great way to show your opposition to animal testing. But if you want to go one step further, take part in one of our campaigns. From asking airlines to stop shipping animals to laboratories to demanding stronger legislation from governments to protect animals from tests, there are many ways to speak out. Please visit our Action Centre to find out about current vivisection action alerts. 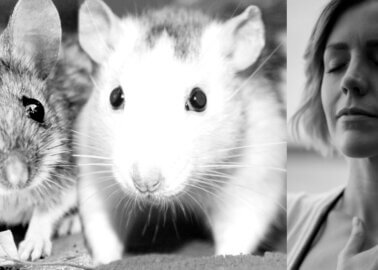 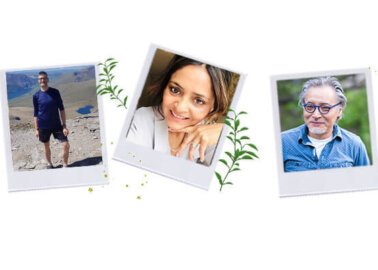