PETA UK’s Hottest Vegan of 2017 contest will be broken down into two rounds: the entry round and the voting round. You can enter the contest during the entry round only.

During PETA’s selection of finalists, your entry will be evaluated on two factors:

During PETA’s selection of winners, your entry will be evaluated on three factors:

All entries must be submitted by 11:59 pm BST on 13 July 2017. Finalists (equal number male and female) will be selected by a PETA panel and notified and featured on PETA’s website by 18 July 2017. After that, public voting to help PETA determine the winners will begin. The voting round ends at 11:59 pm BST on 28 July 2017.

The winners (one male and one female) will be announced by 4 August 2017!

Each winner will receive a voucher for an eight-course vegan taster menu for two at top London restaurant Gauthier Soho. Winners will be required to book in advance. The voucher is valid for one year from 4 August 2017. All expenses other than the eight-course meal noted above are excluded

Open to residents of the United Kingdom and the Republic of Ireland only. All entrants must be at least 18 years old.

High-resolution photos are required. Images must be sharp (not blurry or fuzzy) and well lit, and only the entrant should appear in each photo submitted. Please remember that the members of the public voting to help PETA decide on the finalists and winners will be basing their decisions primarily on the photos, so be sure to make yours count.

No purchase necessary. Void where prohibited by law. 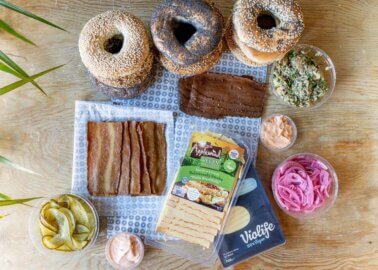