‘Dogs’ Barbecued in Dublin and Belfast

As BBQ season draws to a close, PETA supporters roasted “dogs” in Belfast and Dublin over banners proclaiming, “If You Wouldn’t Eat a Dog, Why Eat a Pig? Go Vegan!”

Protesters in both cities also handed out “Think Before You Eat” leaflets to passers-by and held signs reading, “End Speciesism!” 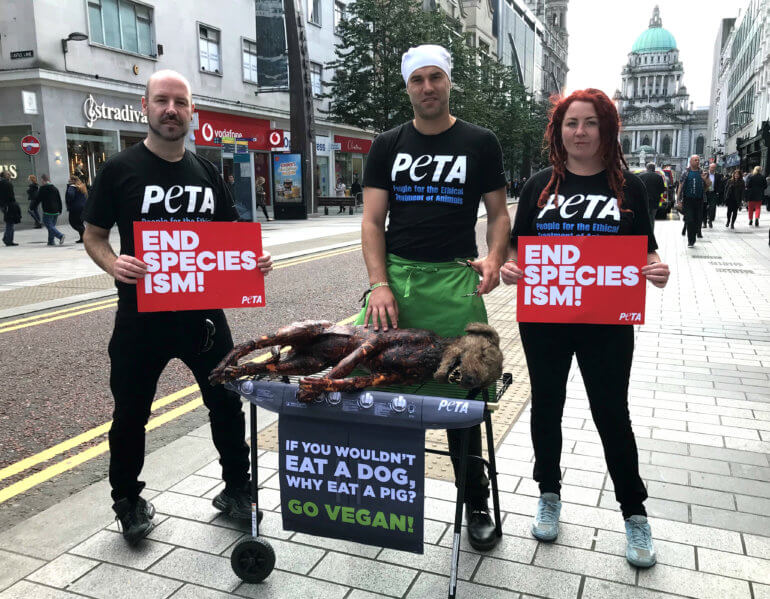 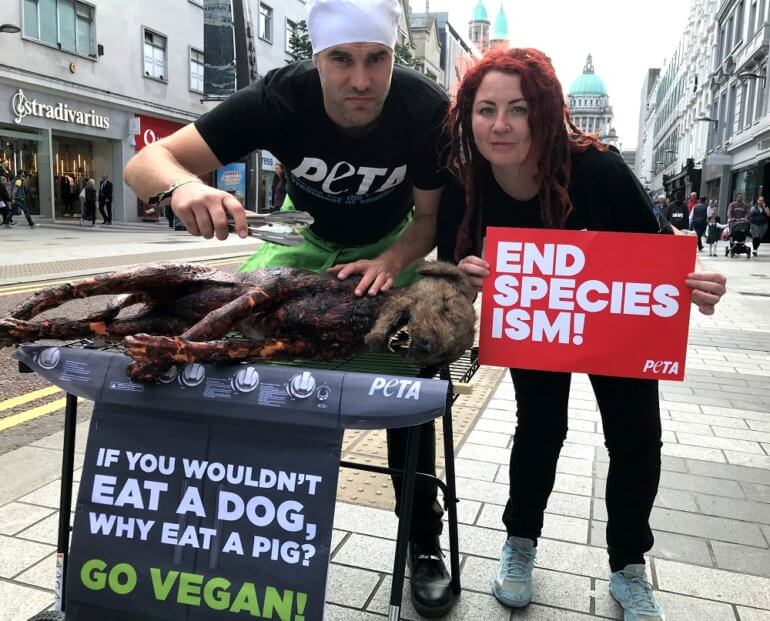 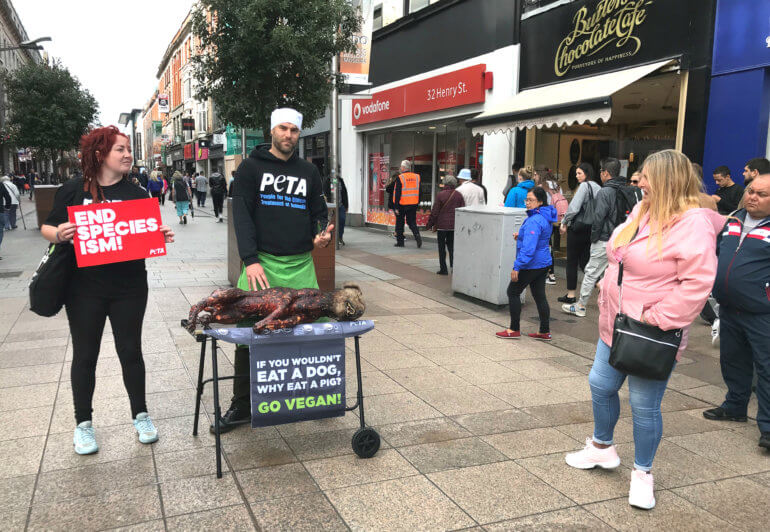 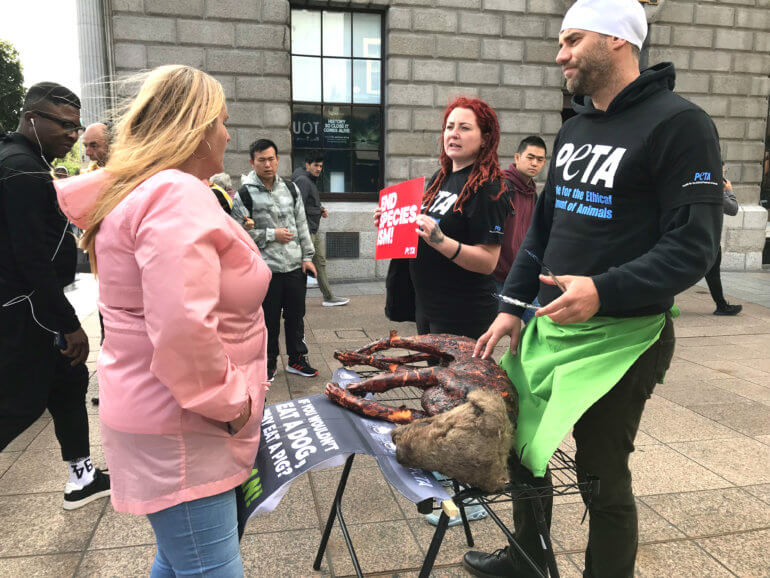 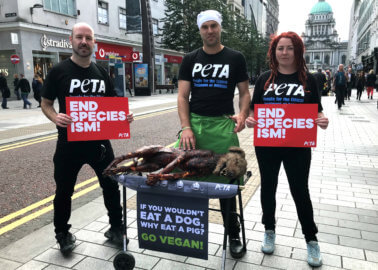 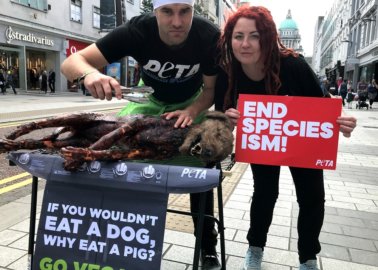 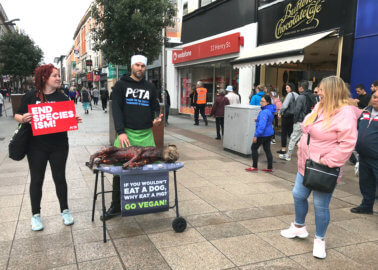 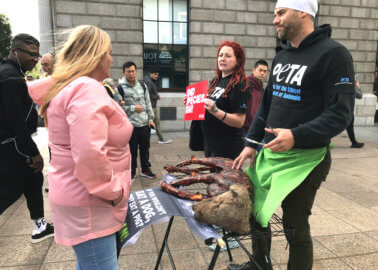 The powerful demonstrations raised concerns from passers-by, who were horrified at the thought of eating dog meat – as they should be. But when you think about it from a logical standpoint, all animals experience fear and pain and value their lives, so none should be killed for a burger or a sandwich.

Sensitive, scared lambs, cows, and pigs are sent to the abattoir only because of human prejudice, which allows us to protect certain species, bring them into our homes, and make them part of our families while treating others as mere commodities to slaughter for a taste or on some other frivolous whim.

Think about it this way: most humans wouldn’t dream of keeping their dog in a cramped, crowded shed on a slab of filthy concrete, which is the way pigs are treated in the food industry – even though pigs are able to experience pain, joy, fear, and misery just as dogs and humans are. We therefore urge anyone who’s repulsed by the thought of eating Fluffy, Fido, or Spot to extend that compassion to the entire animal kingdom.

All of us, regardless of any differentiating characteristics, deserve consideration, respect, and kindness.

The meat, egg, and dairy industries are a nightmare for animals, who are treated like a collection of body parts rather than sentient individuals. Go vegan to spare them a lifetime of suffering and eventual slaughter: