Leonardo da Vinci and Animal Rights: 500 Years Ahead of His Time

PETA and our affiliates are kicking off an international memorial campaign with a public unveiling of our new “Leonardo da Veggie – Eat Like a Genius” ad in Milan, Italy, where da Vinci spent much of his life and where many of his best-known creations can still be seen today.

In addition to being a great artist, architect, botanist, engineer, mathematician, cartographer, geologist, and musician, this Renaissance man was also an animal advocate. That’s why PETA and our affiliates are marking the 500th anniversary of his death – on May 2, 1519 – with a celebration honoring his memory as an animal rights pioneer. 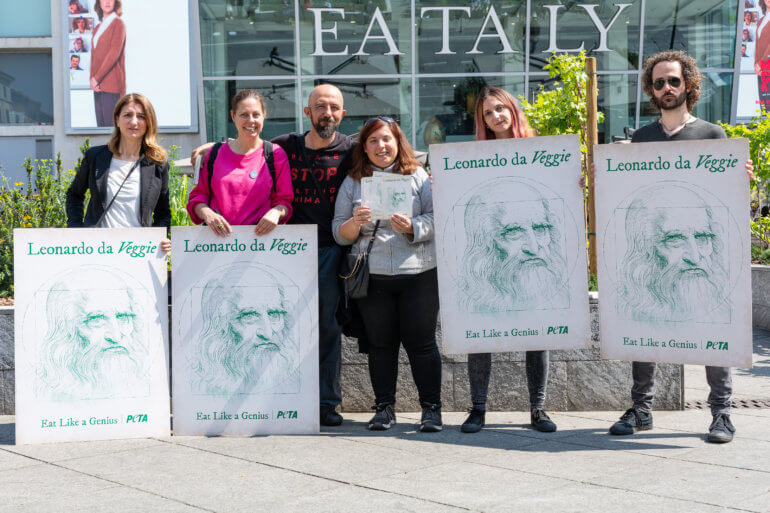 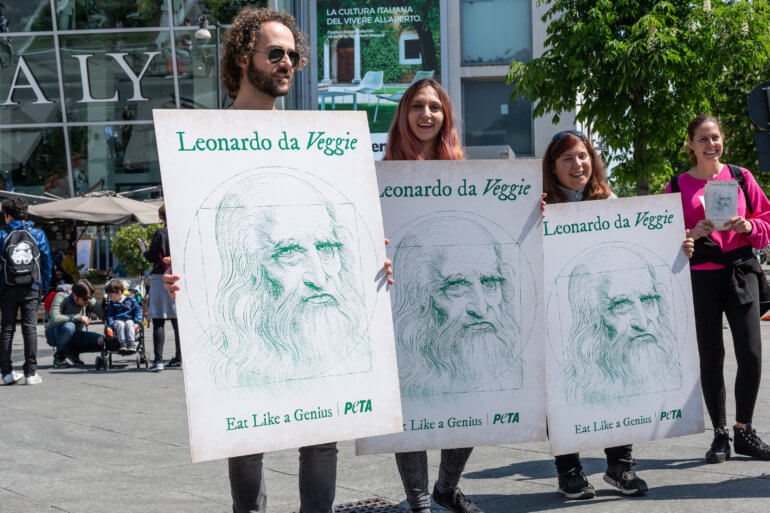 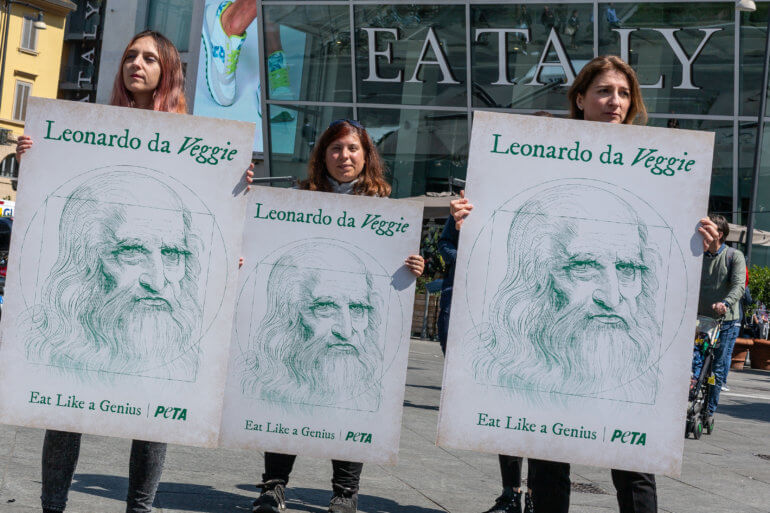 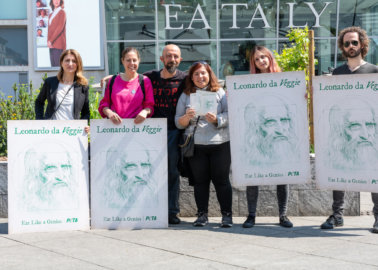 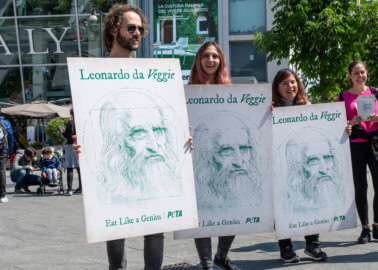 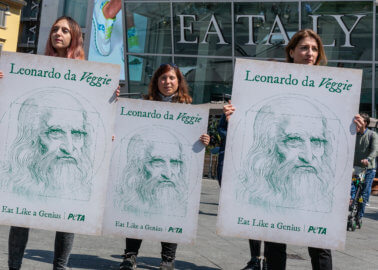 What Did da Vinci Say About Animal Rights?

These are just some of the ways in which da Vinci advocated for animals:

What You Can Do for Animals

Inspired by Leonardo da Vinci? There are easy ways to speak up for animals and help end speciesism.

We can all show equal consideration to all beings through the products we buy, the food we eat, the clothes we wear, and how we choose to spend our time.

To learn more about making kind choices, visit the “Living” section of our website and order our free vegan starter kit.