People around the world can’t get enough of Game of Thrones, but the show has sparked an alarming trend – an increased demand for huskies because of their physical similarities to direwolves. Since the show premiered in 2011, animal-rescue centres in the UK have reportedly seen a 700 per cent increase in abandoned huskies.

Adoring viewers are buying the dogs from pet shops and breeders (often naming them after their favourite characters), then – after realising how much work and commitment are required to care for them – leaving them at shelters already bursting at the seams with homeless dogs. Now, series star Peter Dinklage has teamed up with PETA US to remind fans that dogs should be acquired only as family members and need to be looked after for a lifetime, and he’s urging those who are serious about expanding their family to adopt, never buy. The long-time vegetarian, who previously teamed up with PETA US for a video about the meat industry, said:

Please, to all of Game of Thrones‘ many wonderful fans, we understand that due to the direwolves’ huge popularity, many folks are going out and buying huskies. Not only does this hurt all the deserving homeless dogs waiting for a chance at a good home in shelters, but shelters are also reporting that many of these huskies are being abandoned – as often happens when dogs are bought on impulse, without understanding their needs. Please, please, if you’re going to bring a dog into your family, make sure that you’re prepared for such a tremendous responsibility and remember to always, ALWAYS, adopt from a shelter.

Every year, hundreds of thousands of dogs and cats end up in animal shelters across the UK, and many have to be euthanised simply because there aren’t enough good homes for them. PETA encourages everyone to adopt and never buy from breeders or pet shops, which contribute to the overpopulation crisis. 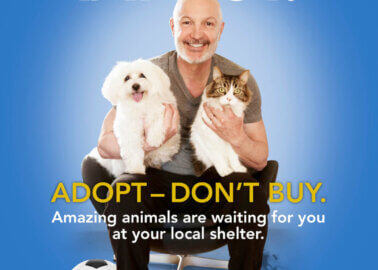