Last week, 14-time Playboy cover star Pamela Anderson sent a letter to the Playboy Club London asking it to remove foie gras from its menu – and in response, the venue confirmed that the food had already been removed and pledged never to serve it again.

In her letter to the club, the compassionate star said the following:

There’s nothing sexy about foie gras – which means ‘fatty liver’. In fact, it’s downright vile. . . . Selling this abhorrent pâté is not in keeping with the Playboy brand I know and love, and I hope you’ll remove it from the menu right away.

Pamela is part of a long list of celebrities – including Ralph Fiennes, Ricky Gervais, Dame Vera Lynn, Kate Winslet, Twiggy, and the late Sir Roger Moore – who have joined PETA in speaking out against foie gras.

To produce foie gras, workers grab ducks and geese by the neck, shove metal pipes down their throats, and pump massive amounts of grain and fat into their stomachs several times a day in a barbaric process known as “gavage”.

Imagine being forced to eat 20 kilograms of pasta each day. That’d be the equivalent for humans of the nearly 2 kilograms of food that the birds can be made to swallow every single day.

PETA exposés have revealed that the feeding pipes can leave some birds so badly injured that they have holes in their necks.

The torment continues as the animals’ livers swell to up to 10 times their normal size, pressing against other organs, including the lungs, which causes them to pant constantly. The birds are often left to languish inside cramped cages or pens, coated in dirt or vomit and covered with sores.

Once their livers have swollen to the desired size, workers hang them upside down, slit their throats, and leave them to bleed to death.

How to Speak Out Against Foie Gras

Inspired by Pamela? You can help ducks and geese, too. A letter from a customer can be very effective in urging restaurants and other establishments to act. If you see foie gras on a menu or sitting on shop shelves, write to the management and politely ask it to remove the vile pâté. Here’s a sample letter that you can use when contacting companies:

What to Do if You See Foie Gras on the Menu 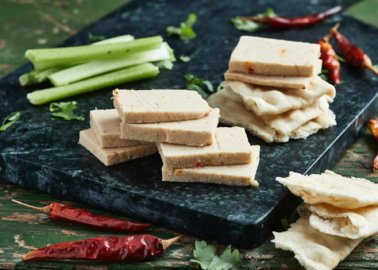