Progress Towards Replacing the Use of Fish for Toxicity Testing

“Danio rerio aquarium for science” by Pleple2000 is licensed under CC BY 3.0.”

Imagine a school of fish confined  to a barren tank devoid of everything that would be found in the animals’ natural habitat. There are no plants and no gravel – but the water has been poisoned with a chemical. The fish gasp and tumble and eventually die. When the test is over, experimenters will count the number of dead fish in an attempt to determine how toxic the chemical is.

Most people are unaware that this testing goes on or that it’s legally required before chemicals such as pesticides and many other substances can enter the market. In the EU, nearly 180,000 fish were used for toxicological and other safety evaluations in 2011, and in the UK, more than 13,000 experimental procedures were conducted using fish for regulatory purposes in 2017.

In September 2018, an ecotoxicologist representing the PETA International Science Consortium Ltd. co-chaired a session at the European Society for Alternatives to Animal Testing (EUSAAT) 2018 congress, which focused on alternatives to toxicity testing using fish. This was the first time that the EUSAAT congress featured sessions on the use of non-animal methods to assess the effects of chemicals on the environment. Encouragingly, tools to replace the use of fish in some ecotoxicity tests are already available and more are being developed.

Researchers have designed assays using fish gill cells to predict the growth and mortality of fish who are exposed to chemicals. Other impressive achievements include the development of 3-dimensional (3-D) co-cultures of different fish cells that may, in the future, enable scientists to predict how fish will metabolise toxic substances.

From fish and human tissue models to 3-D printing and organs-on-chips, animal-free science is providing the scientific revolution that’s essential to protecting humans, the environment, and animals. Promising progress has already been made, but significantly more resources must be devoted to the development of animal-free methods.

As EU legislators review the law designed to protect animals used in experiments, please call for a Europe-wide moratorium on all experiments on animals.

Call for an End to Animal Experiments 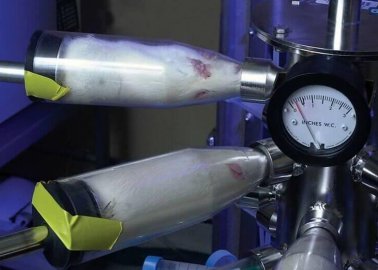 These 3-D Human Tissue Models Will Save Animals From Labs 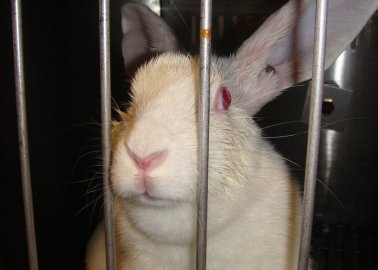