Last night, The Pretenders played an intimate show in London, to celebrate Chrissie Hynde’s 30 years of kicking ass with PETA.

The sold-out show brought together PETA supporters and Pretenders’ fans at London venue, Subterania, for a night of classic rock anthems and animal rights activism. 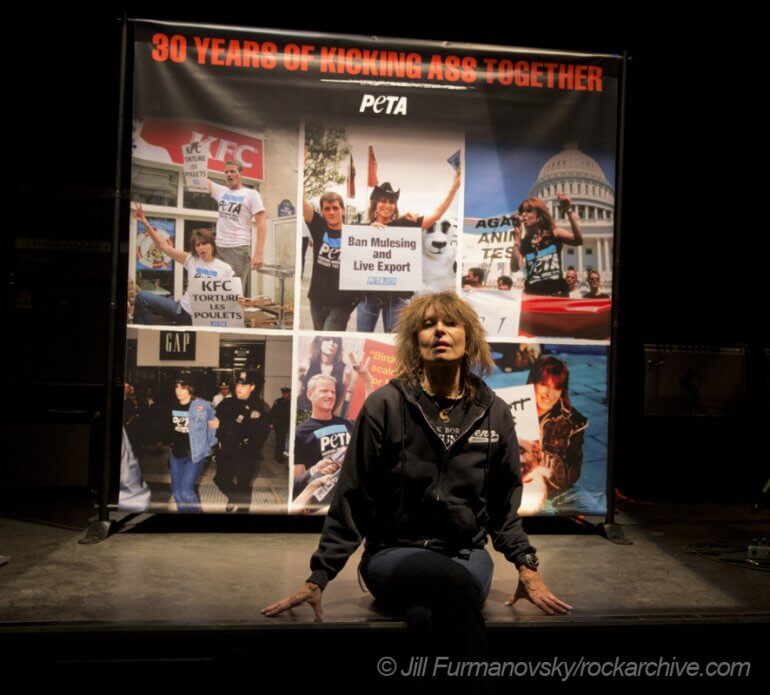 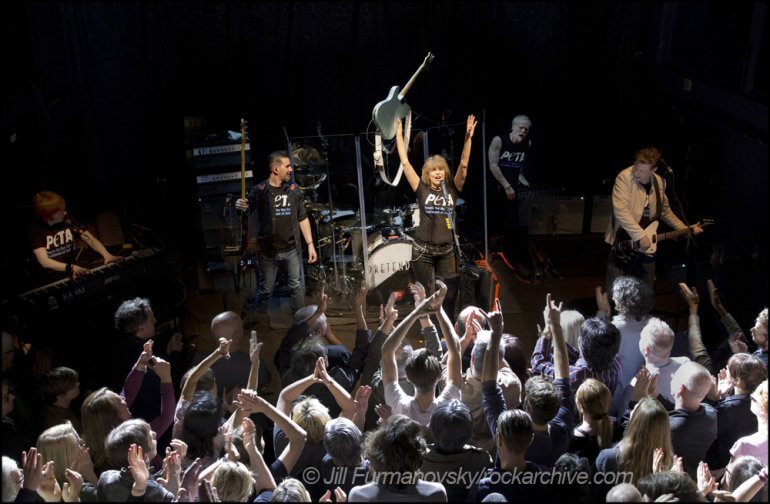 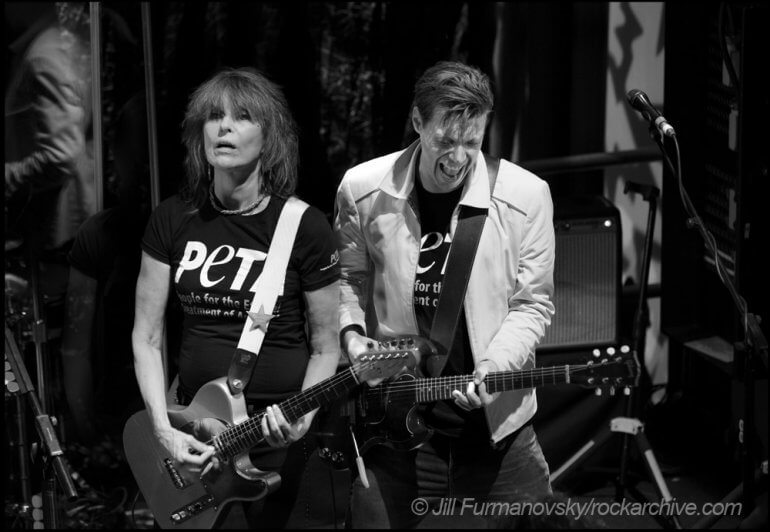 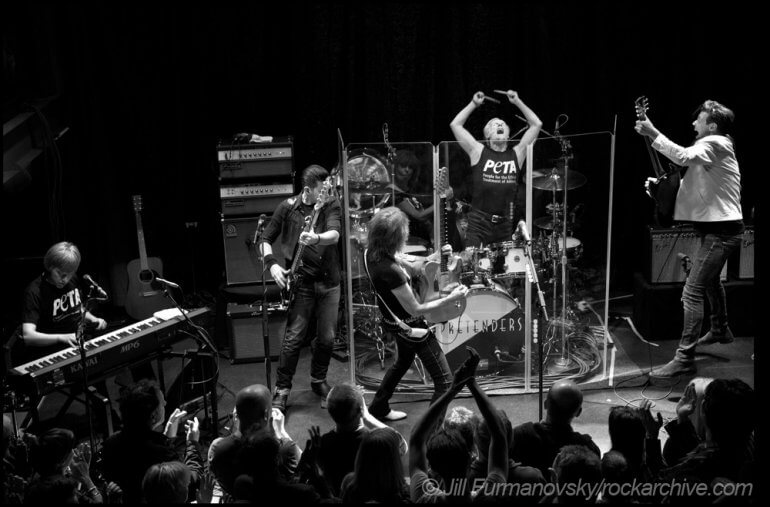 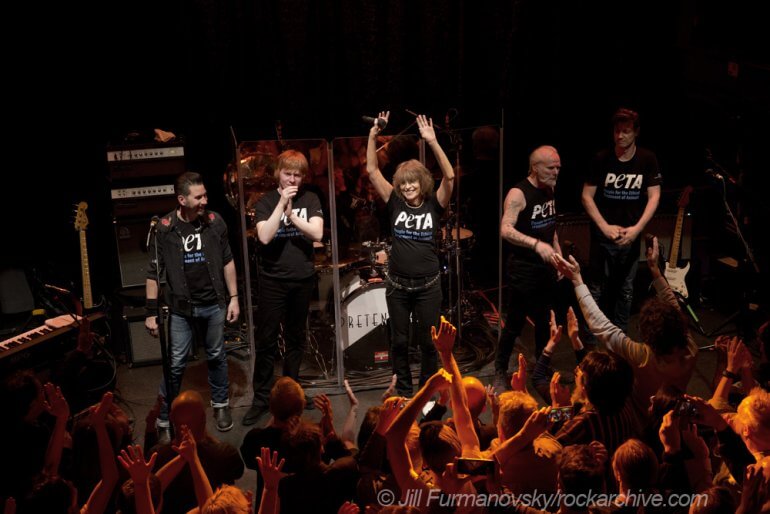 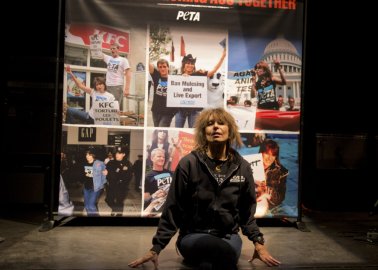 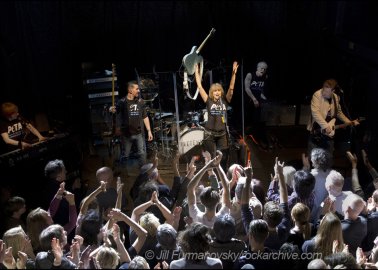 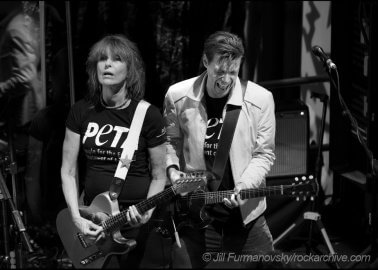 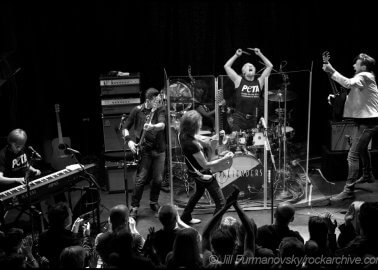 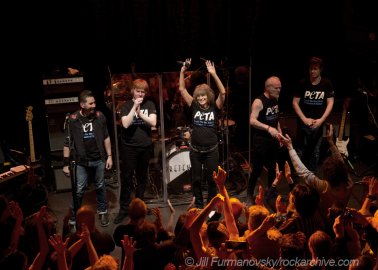 Chrissie’s campaigns have put animal rights on the pop culture radar and helped PETA and its affiliates achieve some key victories around the world.

She pressured GAP to stop buying cruelly produced black-market Indian leather after taking over the window display of the chain’s flagship store in New York’s Times Square with PETA’s founder, resulting in their arrest and an overnight stay in jail. (Released only hours before her sold-out concert, Chrissie dedicated her performance of “Back on the Chain Gang” to her arresting officers.)

She was also arrested in Paris when she and PETA members blocked the doors to a branch of KFC in order to expose the chain’s practice of scalding birds alive in defeathering tanks.

Before each show on tour, Chrissie invited fans to join her in protesting at a local branch of McDonald’s. The company soon acquiesced to PETA US’ demand that it stop burning the beaks off baby chicks and began offering veggie burgers.

In Sydney, she unveiled a campaign exposing the mutilation of lambs in the Australian wool industry, which persuaded international clothing retailers to pledge not to buy wool from “mulesed” sheep and prompted the industry to begin moving away from mulesing and increasing its use of pain relief.

Her inspiring actions have exposed and halted many forms of cruelty and helped PETA and its international affiliates grow into the world’s most influential animal rights organisations.

Take a stand against animal exploitation, too!

Lordi Bands Together With PETA to Condemn ‘Monstrous’ Tests on Animals