Thousands of people all over the world came out on the streets over the weekend in order to demand that world leaders take action on climate change.

The protesters included a passionate contingent of vegans who pointed out the connection between animal agriculture and environmental destruction.

Here are some of our favourite signs spotted in the vegan bloc at the climate march in London:

Great day at #ClimateMarch with the #Vegan bloc. 51% of global GHG emissions say veganism *IS* a climate issue! pic.twitter.com/YCNSkK9Pdc

Go vegan for the planet the nomads and for yourself #govegan #ClimateMarch pic.twitter.com/oEAKVL1g2Q

And last but not least, this lady spread the vegan message in another way – by giving out delicious vegan cake!

Learn more about the link between raising animals for food and climate change. 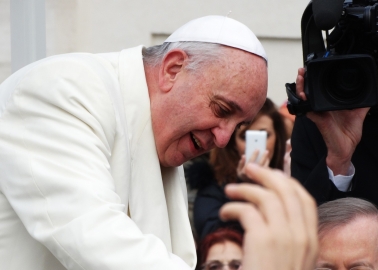