Augustus Club members are a special group of people who have chosen to translate their compassion for animals and support of PETA into a gift that provides a legacy and gives animals a future. Here, we want to introduce you to a few of our Augustus Club members who share with you the experiences that led them to the decision to leave a legacy for animals in their wills.

Along with our four beloved children, we’ve always had animals in our lives. We are glad that PETA are also firmly in our lives and will be long into the future.

We support PETA because they are so dedicated towards alleviating animal cruelty and suffering. They have done so much for animals and saved countless lives. We enjoy reading the updates about how PETA are changing hearts and minds through education. It’s wonderful to see all the animals that have been rescued, roaming free in sanctuaries after living such miserable lonely lives.

We didn’t need to think about whether we should include PETA in our will—that was a ‘no-brainer’ as they say. We know that every penny will be used to help stop animal abuse and carry on the work we want our money to be used for.

As a child in my native Sri Lanka, when I saw bulls being beaten as they pulled carts, I would steal the sticks and lecture the drivers. When I grew up, I searched for an international organization that would never accept defeat in its mission to protect all animals. I found this in PETA, and support all their aims without reservation. Staffed by dedicated, highly qualified professionals who follow their ideals, PETA is the most tenacious animal rights organization in the world.

All my animal companions are rescued. Knowing that they survived trauma before they came into my life, I love watching them play in the garden, sleep in the sun, and play hide and seek without a care or worry. By making a bequest to PETA, I am helping to bring about similar happy endings for animals in the future.

PETA actively works towards changing people’s minds and attitudes towards animals. PETA goes straight to the root of the problem, and we recognize that to be the way forward for lasting change.

Yoga led us to vegetarianism, which led us to animal advocacy, which led us to adopting a rescue cat named Lila. She unleashed her subtle charm on us and we were toast. We wanted to leave all our possessions to Lila but we suspect that she would just buy treats and catnip! So we decided to include PETA in our estate plans. As much as we’d like to see the end of all discrimination in our lifetime, animal rights will take longer than that to achieve. We decided that PETA is the organization to carry on this ideal on our behalf.

I support PETA because I want the world to be a better place for all animals. Including PETA in my will to play my part in making that happen was a very easy thing to do.  I also now have peace of mind having written a legal provision for the lovely cats I share my life with should anything happen to me.

PETA campaigns for real change, and works to prevent suffering in the first place. One of the key issues that bothers me is the production of foie gras because it’s the epitome of pointless animal suffering. I think so much unnecessary suffering could be prevented if we could just educate people and help them see the true cost of their luxuries/decisions. PETA does just that.

I love how PETA and their affiliates around the world attack animal abuse from all angles—e.g., with effective campaigns against animal testing, circuses, and the dog- and cat-skin trade. I also admire how they rescue elephants, bears, and other animals in need of immediate help, like Benjy—a bull who PETA helped rescue from slaughter. It fills me with tremendous pride and gratification to know that my legacy gift will help save more animals like him.

As a professional in the public relations field, I’ve worked hard for what I’ve earned, but as the saying goes, “you can’t take it with you.” By leaving a legacy gift to PETA, I know that what I earned will continue to help animals long after I’ve gone, and I’m confident that every penny will be used efficiently and effectively. 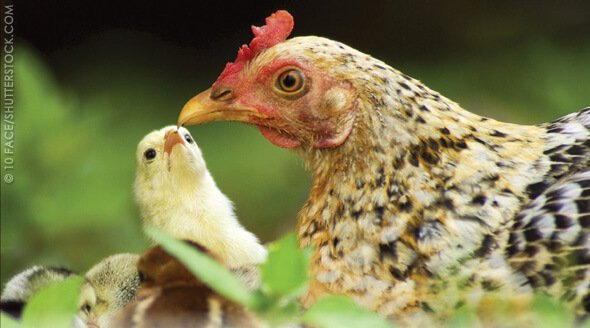