After the March 2018 Crufts event, PETA released a video of activists highlighting the suffering of dogs bred to have grossly exaggerated features, such as those celebrated by The Kennel Club during Crufts’ Best in Show contest. The video received over 1 million views across YouTube, Facebook, and Twitter, which The Kennel Club was apparently not happy about.

Despite having no legal ownership of the video, Kieran Stanbridge, a digital marketer at The Kennel Club, submitted a takedown notice to Twitter pursuant to a US law, the Digital Millennium Copyright Act (DMCA). Two days later, Sunset+Vine, a video production agency that lists Crufts as a client, submitted a DMCA takedown notice to YouTube for a different version of the PETA video. Both videos were then taken offline. Sunset+Vine also sent a DMCA takedown notice to YouTube concerning an older video, from 2015, which highlighted that breeding dogs is irresponsible while thousands of animals are at shelters waiting for homes.

The 2018 demonstration was trending and being discussed by the BBC, The Daily Mail, Gizmodo, The Guardian, Mashable, NBC, The Telegraph, The Times, The Washington Post, and other media outlets, and the videos were embedded on websites across the internet. The coverage has encouraged important debate on the painful and life-threatening genetic defects and diseases dogs face in the pursuit of meeting arbitrary breed standards. YouTube and Twitter eventually sided with PETA against the unmeritorious DMCA takedown notices, but for over nine weeks, the videos were offline because The Kennel Club didn’t want the public to learn of the practices that the Crufts event encourages.

In order to understand the suffering that the activists in the video are protesting with signs reading, “Crufts: Canine Eugenics”, all you have to do is look at the breeds qualifying for shows and winning prizes at Crufts. For example, Pekingese have abnormally flat faces that make it difficult for them to breathe. Cavalier King Charles spaniels are bred to have skulls too small for their brains, which one vet described as being like trying to fit a size 6 shoe onto a size 10 foot. German shepherds are prone to serious back conditions that can leave them crippled. Basset hounds are laden with huge amounts of excess flesh that can result in uncomfortable skin conditions. English bulldogs commonly have difficulty walking, breathing, mating, and giving birth. And the list goes on.

Contrary to the breeding industry’s propaganda, its practices continue to cause dogs to face painful and life-threatening genetic defects and diseases. Through an independent scientific study, the RSPCA found that any changes made by the industry to breeding practices have been implemented too slowly and don’t even come close to addressing the serious welfare concerns caused by breeding for these traits. Physical attributes still dominate breed standards, and the animals’ health remains a secondary consideration.

Instead of addressing these concerns, The Kennel Club has tried to silence PETA and shut down debate. It underestimated PETA’s long-time moto: “never be silent”.

Animals can’t ask for the pain to stop, so they need caring people to speak out against their abuse and exploitation. Please join us in speaking out for dogs by sharing the video that The Kennel Club and Sunset+Vine are desperate to hide from people.

Support PETA With a Donation

Here’s Why Dog Ear-Cropping Is Cruel 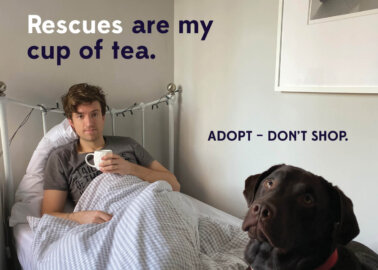 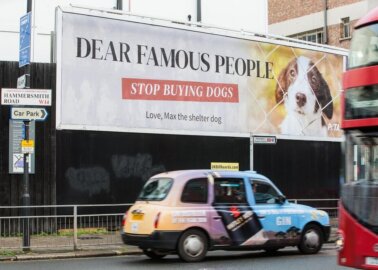