Following more than two decades of pressure from PETA entities around the world, luxury fashion brand Dolce & Gabbana has confirmed it will ban fur and angora from all future collections.

PETA is celebrating Dolce & Gabbana’s compassionate and business-savvy decision to ban fur and angora, which is in line with the times.

This victory was years in the making and follows vigorous campaigning by PETA entities, including eye-catching protests both outside and inside its stores and e-mails to Dolce & Gabbana from over 300,000 supporters worldwide.

Thank you to everyone who took part in our campaign, sent e-mails, and spoke out! 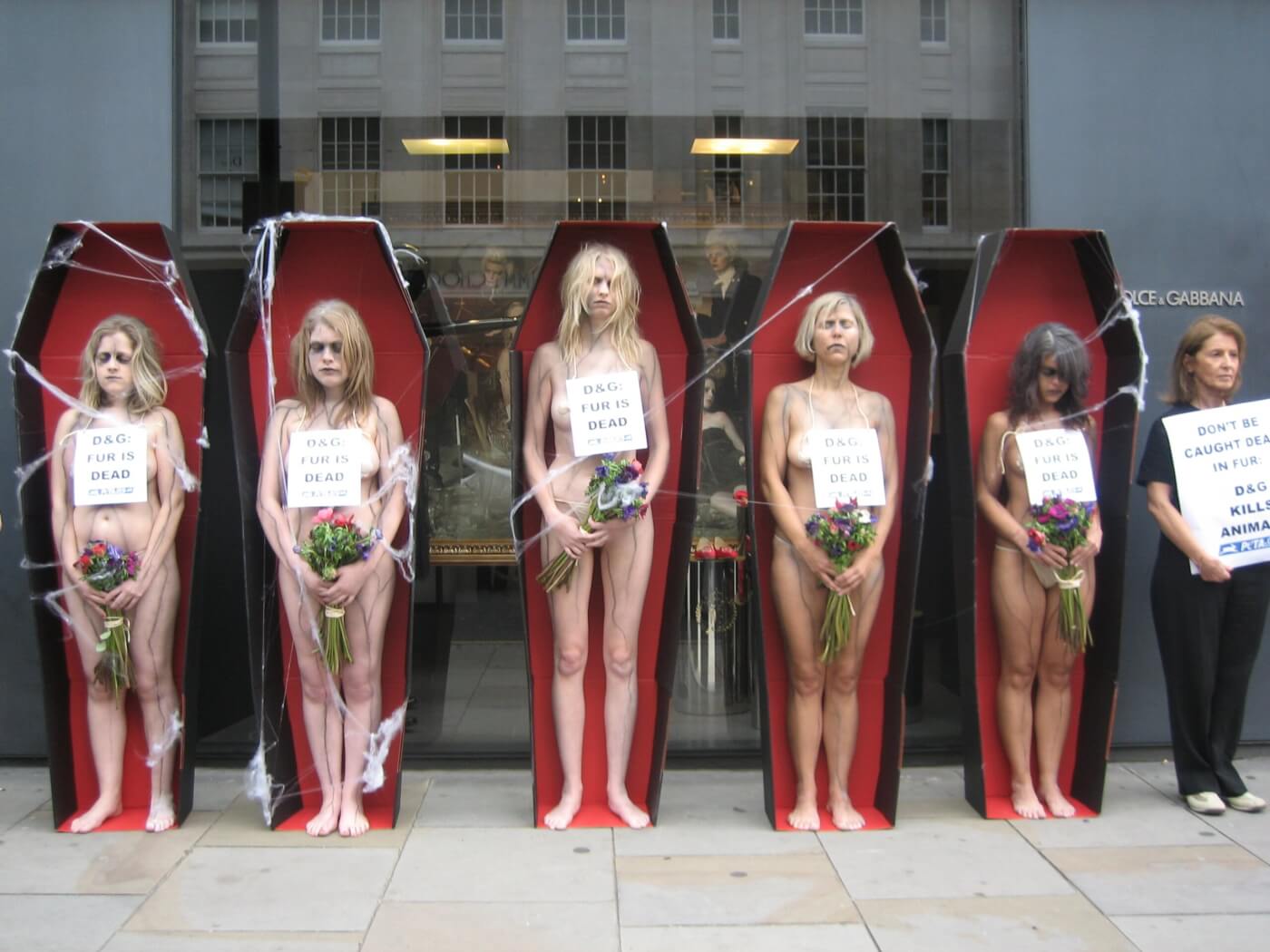 Most animals used in the fur industry spend their entire lives inside cramped cages, in which they frantically pace back and forth, gnaw on the bars, and mutilate themselves.

Other animals killed for their fur are caught in steel-jaw traps – which slam shut on animals’ legs, often cutting down to the bone, causing excruciating pain and blood loss. Some attempt to chew off their own legs to escape. If trapped animals don’t die from blood loss, infection, or attacks from other animals, trappers strangle, shoot, or stamp them to death.

On angora farms, rabbits are typically kept inside small, filthy, barren cages and are live-plucked up to four times a year.

During this terrifying process, they’re often physically restrained while workers tear the hair out of their sensitive bodies, as the animals scream in pain.

Animals Aren’t Ours to Wear

No one wants to wear the skin and fur of tormented animals, and we encourage other brands to follow suit, removing fur and angora from their collections.

When we ask, they listen. Victories for animals like this one are only possible because you take action.

Right now, the Queen’s Guard are still wearing caps made of fur taken from slaughtered bears. Please make the Ministry of Defence listen by signing our petition urging it to switch to faux fur: