These grisly photos taken by South Wales Animal Save of severed goats’ heads outside an abattoir reveal the barbaric end that meets goats in the milk and meat industries. 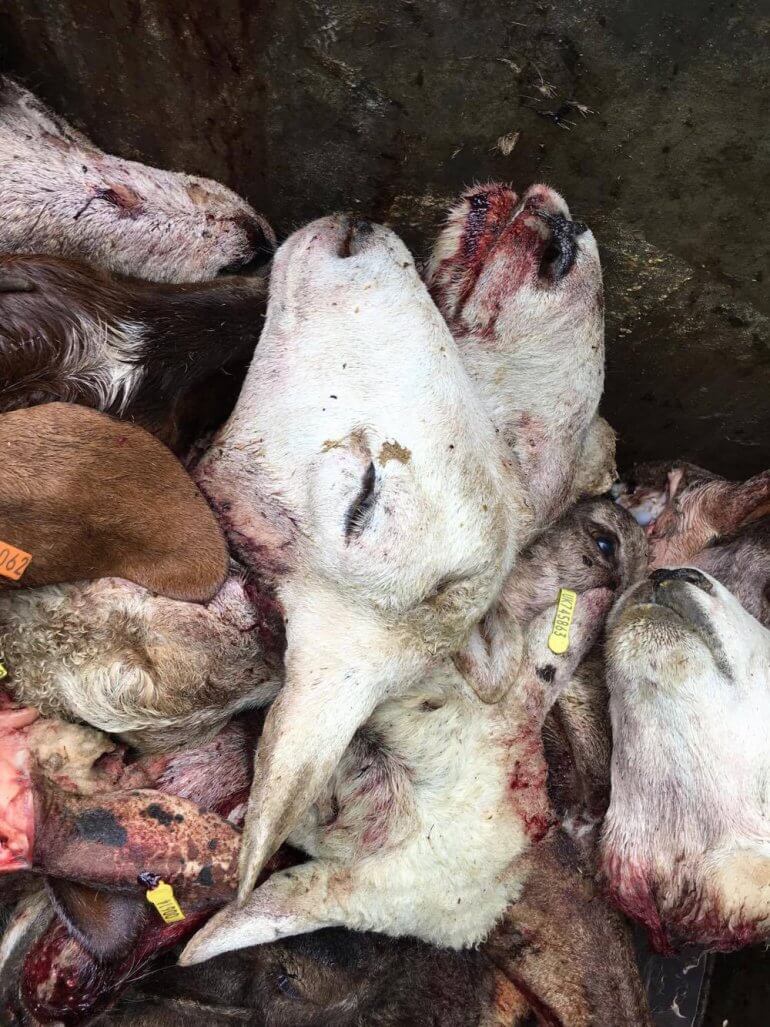 South Wales Animal Save
« Previous Next »

While they are shocking, these images aren’t extraordinary. Similar scenes can be found at abattoirs around the country.

Like animals raised for meat, those reared for milk endure shockingly poor conditions and, after a few years of abuse, the same violent death in an industrial abattoir. Intelligent, inquisitive goats, who are known to be patient, nurturing mothers, are impregnated over and over again, and their young are traumatically torn from their sides within hours of birth. Because there’s little market for goat meat in Europe, male kids are usually killed as soon as they’re born. In the UK, there’s a growing trend towards intensive, zero-grazing goat farms, on which animals are imprisoned for their entire lives.

From Cornwall to Cardiff and Suffolk to Solihull, the Save Movement is bringing the industrial-scale animal slaughter industry into plain sight. You can help. Join a local Save group, and help spare animals a trip to the abattoir by going vegan.

Find a Local Save Group