Bullfighting is a cruel, bloody spectacle, and two boys from Northampton are using LEGO to let everybody know. Noah Baines, 11, and his brother, Reggie, 7, have entered a competition launched by Pamplona City Hall in Spain inviting children to create a scene inspired by the San Fermín festival using LEGO. Aiming to draw attention to the cruelty of the festival’s annual Running of the Bulls event, they submitted an entry that recreates the animal rights protests that precede the bull runs and bullfights every year.

The LEGO scene shows protesters standing in the main city square covered with fake blood, holding signs, and wearing horns to represent the bulls who are killed in the bullring after they’re forced to run along Pamplona’s narrow streets, often slipping and sliding along the way. All the bulls used for the runs are later slaughtered during bullfights.

Reggie explains why he and Noah decided to enter the competition:

“We love animals, and knowing that they’re killed in bullfights in Pamplona makes us sad. Lots of people around the world want to stop this from happening, too. So we made this protest against bullfighting because it’s not right that animals are treated like this. If you want to have fun, you can do things like play with LEGO – you don’t need to hurt bulls.”

No One Needs These Bloody Spectacles

As bullfights and events such as the Running of the Bulls are currently suspended because of the coronavirus pandemic and the industry struggles for funding, the scene serves as a reminder that today’s young people want nothing to do with events or traditions that perpetuate cruelty.

More than 125 Spanish towns and cities have declared themselves anti-bullfighting. But in Pamplona’s bullring, men taunt, exhaust, and stab each bull with a lance and several harpoon-like banderillas until he becomes weakened from blood loss. Then, the matador stabs the exhausted animal with a sword, and if he doesn’t die straight away, other weapons are used to cut his spinal cord. Many bulls are paralysed but still conscious as their ears or tail are cut off to be given to the matador as trophies.

PETA and the San Fermín Festival

Noah and Reggie were inspired by PETA’s eye-catching protests in Pamplona. Since 2002, PETA has been teaming up with Spanish animal rights groups to organise protests in which hundreds of activists have taken a stand to draw attention to the cruelty of the bull runs and bullfights. 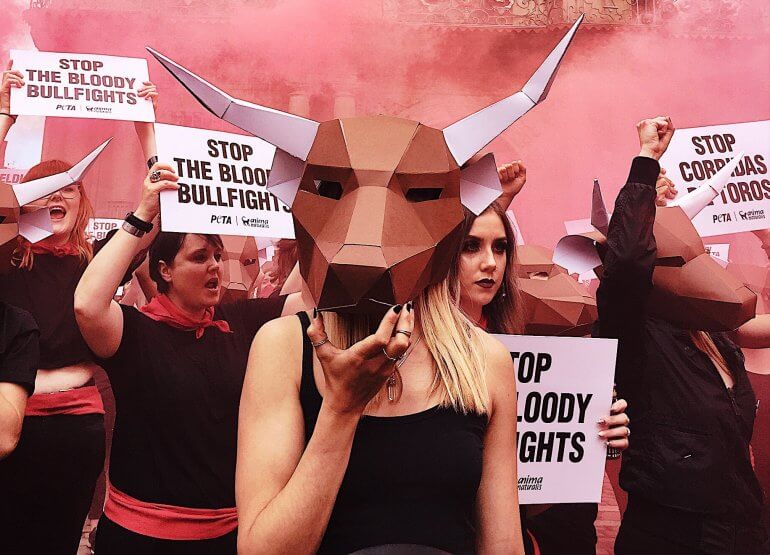 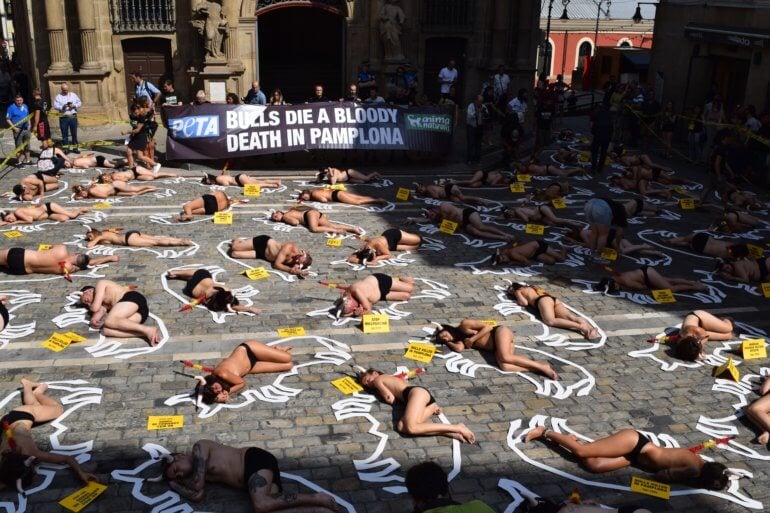 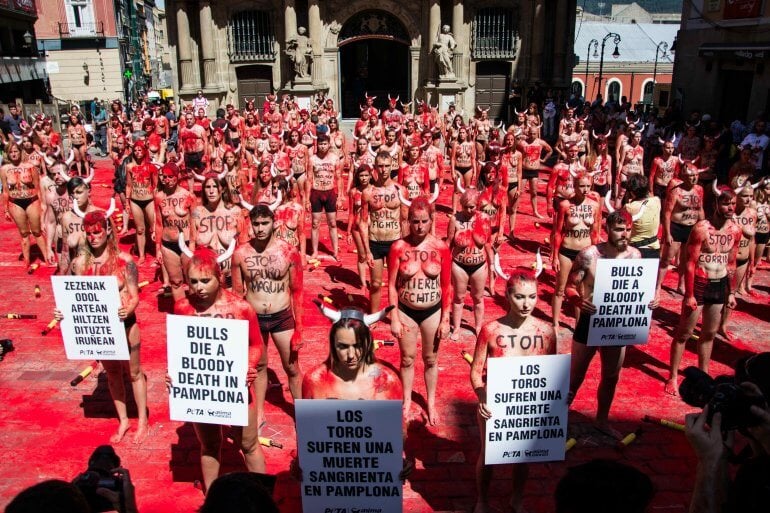 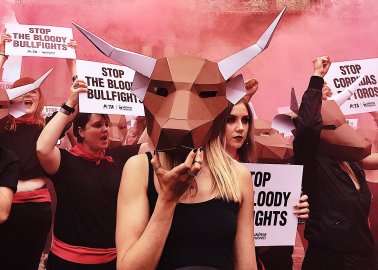 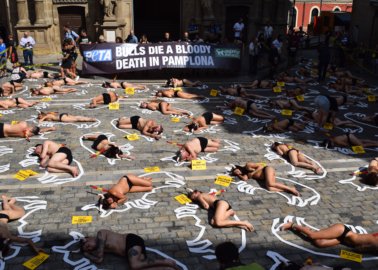 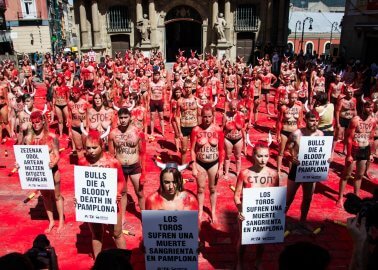 Please join us in urging the mayor of Pamplona to ban the Running of the Bulls and subsequent bullfights during the San Fermín festival altogether and to replace them with a humane, animal-friendly alternative.