Cava corks are popping at PETA over news that – following appeals from more than 80,000 PETA supporters and other pro-animal activists – cruel, old-fashioned horse-drawn carriages will soon vanish from Palma’s city centre.

Citing concerns for animal welfare, Palma City Council announced yesterday that horse-drawn carriages will be banned from the city’s streets from 2024 and replaced with electric vehicles.

Speaking of the decision, one council member said the horse-drawn carriages were a “tradition” that “cannot be perpetuated”. Another added that “we must move forward because society asks us to do so”. And indeed, we do! In this day and age, there is no excuse for forcing horses to toil for tourists, pulling heavy carts through busy streets under the blazing sun.

In recent years, a horse used in Mallorca’s carriage industry was killed when he suddenly bolted, panic-stricken, and crashed into a wall after being startled by a tourist who wanted to pet him. This incident not only killed the horse but also put bystanders at risk of serious injury.

Wherever there are carriage rides, there will be accidents – and lives will be endangered. Horses become startled easily and are extremely sensitive to loud, unexpected noises – and busy city streets have plenty of both, which often leads to accidents. The honk of a car horn or even just an insect bite can be enough to trigger a horse to bolt.

Horses Are Not Transport

Animals are living, feeling individuals, just like us. We can never justify using them as “taxis” when so many alternatives, such as electric scooters, buses, bicycles, and cars are available.

Cities such as London, Paris, and Toronto no longer issue licences for horse-drawn tourist carriages, and many others – including Barcelona, New Delhi, Oxford, and Tel Aviv – have already banned them altogether.

By switching to electric vehicles, Palma is making its streets safer and providing tourists with a more compassionate and eco-friendly way to explore the island’s sights.

Palma’s Leading the Way – Who Will Be Next?

PETA calls on all other cities that still allow these archaic displays to follow Palma’s lead and replace them with modern electric carriages, which everyone can enjoy.

Urge other popular destinations in Mallorca, such as Alcúdia and Sant Llorenç des Cardassar to join Palma by relegating horse-drawn carriage rides to the history books. Please remember never to pay money to ride animals while on holidays – and encourage all your friends and family to do the same.

Call For a Ban on Horse-Drawn Carriages in Mallorca

Animals Are Used as Taxis in Santorini

Join us to help donkeys and mules suffering on the island of Santorini. They’re still being forced to carry tourists up and down steep, slippery steps all day long. For them, every step means pain. 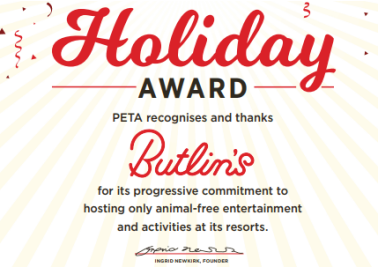