I’m sure you were as sickened as we were by the story of Alan, the 9 week-old rabbit who was bludgeoned to death with a bicycle pump by a Danish radio presenter live on air.

We sent a letter to Copenhagen’s National Police Commissioner calling for cruelty-to-animals charges to be brought against Radio24syv presenter Asger Juhl for the appalling stunt. In their reply to our message, the Danish National Police informed us that they are considering this matter as a criminal offence.

Denmark’s Animal Protection Act states that “[a]nimals should be treated properly and protected as much as possible from pain, suffering, fear, permanent disability and major inconvenience” (translated into English). Beating a terrified animal to death in a cynical attempt to improve ratings would hardly seem to constitute protecting animals from pain and suffering. Juhl struck the baby animal three times with a bicycle pump, and Alan was reported to have twitched several times before dying.

The callous act took place during a programme about attitudes toward animal welfare. Yet the presenter’s claims that he was just trying to spark a debate are preposterous. The only debate his heartless behaviour has triggered is over what sort of punishment he should face, as thousands of people are calling for him to lose his job.

All animals matter. Their lives aren’t ours to callously throw away in order to seek attention for ourselves.

Please don’t play into the hands of people who use and abuse animals to try and boost their own fame or gain publicity – whether by slaughtering animals on reality TV shows, forcing animals to perform for entertainment or killing them for “sport”. Boycott any show or event that uses animals. 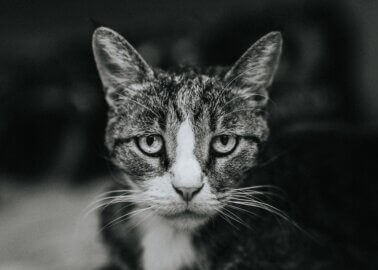