What Do Tom Cruise and Al Gore Eat While in London?

An eight-course menu of gourmet vegan food at a swanky London restaurant run by a Michelin-starred chef? Yes, please!

As cooks, restaurant managers, providers of sustenance, we are responsible for setting an example. After I removed foie gras from my menu in 2015, we noticed zero negative impact on customer satisfaction. The impact the meat industry has on the planet is now recognised even by my primary school–aged daughter.

The eight-course vegan tasting menu features dishes such as heirloom rainbow carrots with chard tortellini, lemon and thyme sorbet, and saffron and quince caramel pops – and it looks delicious:

While Gauthier is offering an upmarket vegan treat for foodies, new vegan items are popping up at all sorts of restaurants across the country, meaning you can enjoy plant-based meals regardless of your budget. So far, 2016 has seen new vegan burgers from Handmade Burger Co, a vegan menu with desserts and delicious mains at Las Iguanas, a vegan mozzarella pizza at Italian chain Zizzi and more.

This is all just more evidence that the vegan movement is coming on in leaps and bounds. And all these meat-free meals are helping to spare animals pain and suffering and save them from being slaughtered – after all, every time you buy a vegan meal, you are casting a powerful vote against cruelty with your wallet. So go on – tuck in! 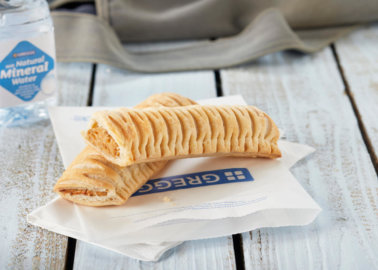