A group of 16 veterinarians and veterinary nurses, including TV vet Emma Milne, have sent Channel 4 a letter urging it to follow the BBC’s lead and stop airing Crufts, the world’s largest dog show.

Those who care about dogs know that Crufts is a celebration of everything that’s wrong with the dog-breeding industry. It supports churning out dogs to look a particular way at the expense of their health.

In the letter, Emma and her colleagues in the veterinary field write the following:

We are a group of veterinary professionals who are deeply disturbed by what we continue to see at the world’s largest dog show, Crufts: the breeding and judging of dogs primarily for their looks, at great detriment to their well-being.

The arbitrary breed standards that the competition’s judges use to rate the dogs call for them to be bred for extremely exaggerated physical features, regardless of the damage to their health. As a result, dogs are suffering. For example, dachshunds’ unnaturally elongated spines and short legs predispose them to crippling intervertebral disc disease. Shar Peis’ wrinkled skin makes them susceptible to itchy, painful skin infections and eyelid deformities. German shepherds, once renowned for their athleticism, now commonly suffer from debilitating hip dysplasia and painful arthritis, because a sloped back with shorter hind legs has become a fashionable look that wins at dog shows.

English bulldogs continue to be bred with unnaturally flat faces for no reason other than aesthetics. This can cause them to develop brachycephalic airway syndrome – a condition characterised by severe breathing difficulties.

Worryingly, according to research published last year by VetCompass, most bulldog guardians consider breathing difficulties “normal”. This perception no doubt comes, in part, from dog shows like Crufts, which normalise and even glamorise painful, life-threatening genetic conditions.

The BBC stopped airing Crufts in 2008 after revelations about the prevalence of hereditary defects among pedigree dogs, including some Crufts prize winners. Channel 4 must now do the same.

The vets join the nearly 50,000 other PETA supporters who have signed an online action in calling on Channel 4 to stop promoting the unethical canine beauty pageant.

Crufts has long been mired in controversy. In recent years, “winning” dog Knopa was picked up by the tail by her handler, a German shepherd was crowned “best in breed” despite apparently suffering from a painful and debilitating limp, and it was reported that an Irish setter named Jagger was poisoned at the competition.

If you’re ready to welcome a dog into your family, always choose to adopt one from a shelter rather than buying a puppy from a breeder.

As mentioned in the letter, the BBC dropped Crufts, and the RSPCA refuses to attend the show. Please don’t tune in to Crufts this year, and send an e-mail calling on Channel 4 to stop airing it. 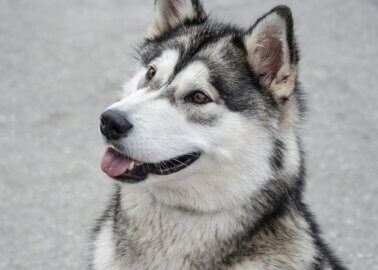