Will Mandatory CCTV in All English Abattoirs Help Animals?

As Paul McCartney once said, “If slaughterhouses had glass walls, everyone would be vegetarian.”

New rules in England will bring us a little closer to having those “glass walls”. Today, following years of campaigns led by Animal Aid, legislation to make CCTV mandatory in abattoirs in England has been laid out in Parliament. Should it be passed, it’ll come into effect in May 2018 and businesses will have six months to comply.

This is a good first step, but let’s not get ahead of ourselves by hailing this as a victory for animals, as some news reports are suggesting.

It’s easy to lose count of the number of undercover investigations that have shown animals in abattoirs being punched, sexually molested, burned with cigarettes, and otherwise assaulted before being killed. And while CCTV may help prevent these and other egregious cases of abuse, it won’t stop the terror and routine harm that animals endure in the patently cruel process of industrialised meat production.

Take a look for yourself at just a few examples:

Animal Aid reveals that workers at a UK abattoir throw sheep around and hack at their throats.

Hillside Animal Sanctuary reveals how cows and sheep suffer at a non-stun abattoir in England.

And there are many more. Every single eyewitness investigation conducted by PETA or another animal-protection group has shown rampant abuse and almost unimaginable suffering in abattoirs and on farms. Every single one. Because when it comes to raising and killing animals on an industrial scale, any measure of kindness, respect, or decency goes out the window.

We should insist on transparency in the way animals who are used for food are treated. But as long as consumers continue to buy meat, milk, eggs, and cheese (even though supermarkets are full of delicious plant-based alternatives), animals will suffer. That’s why the kindest choice will always be simply to leave them off our plates.

How Animals Suffer for Food 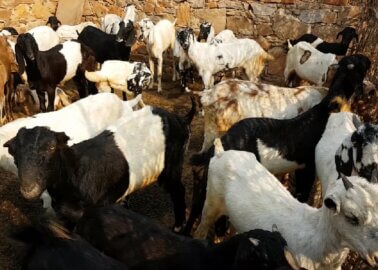 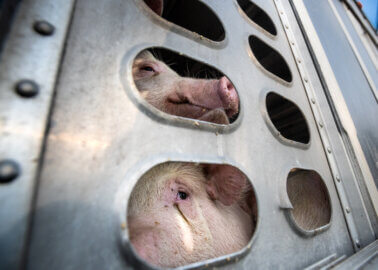 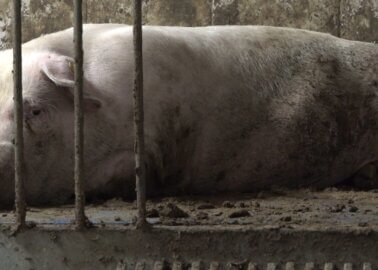 Halloween on the Farm