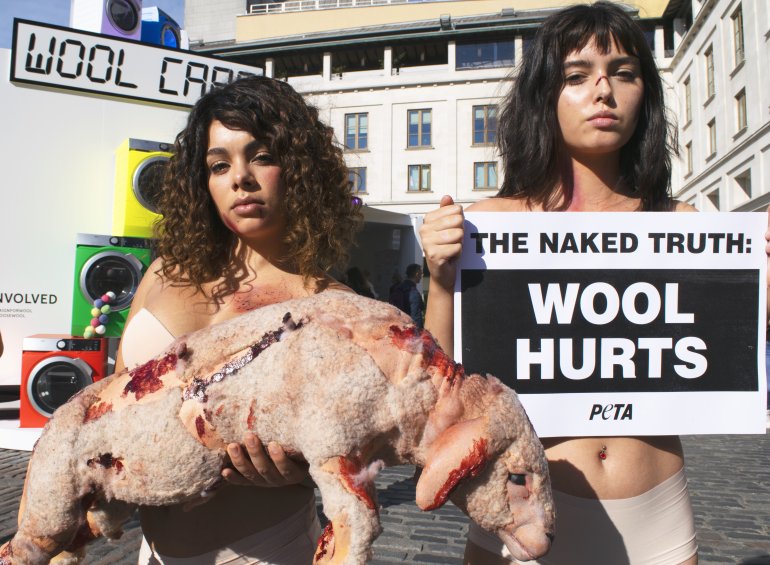 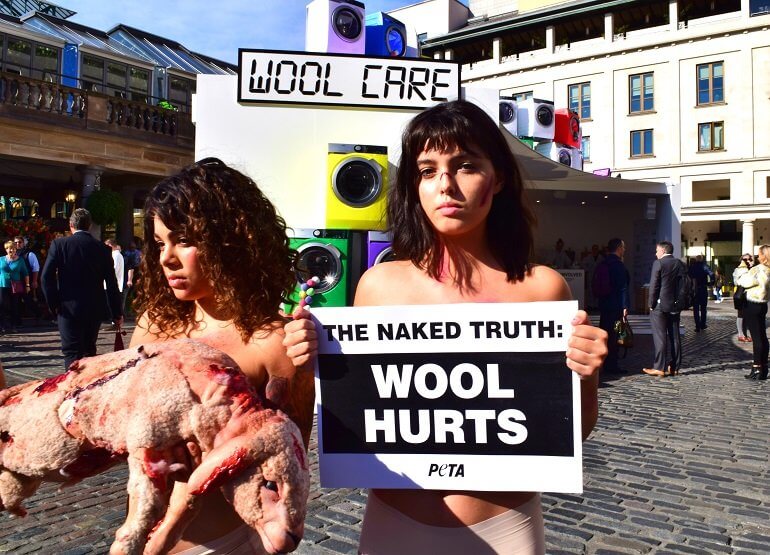 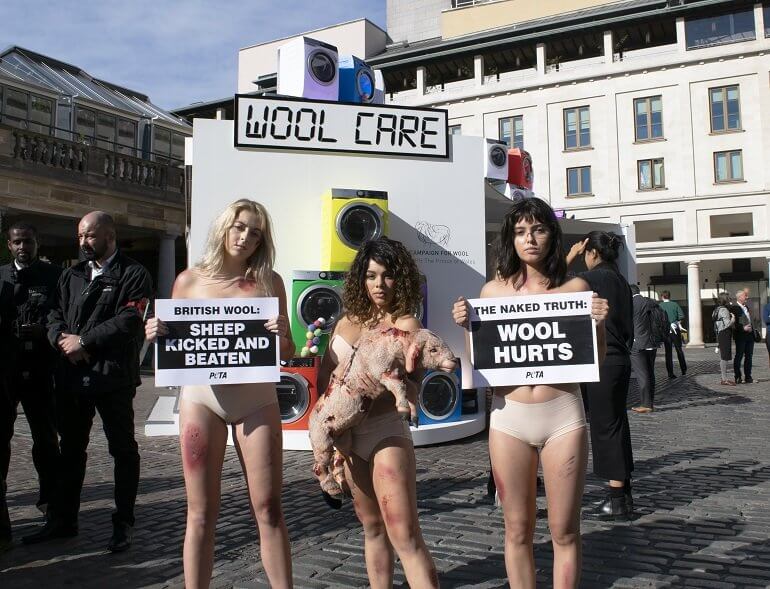 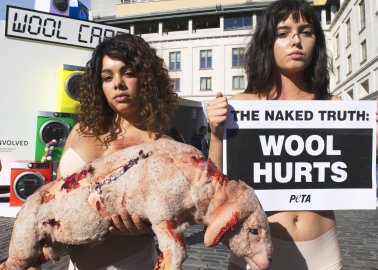 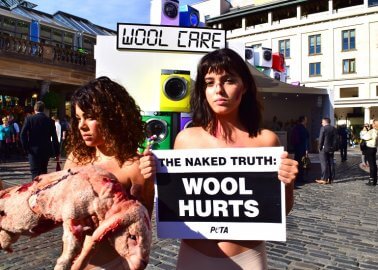 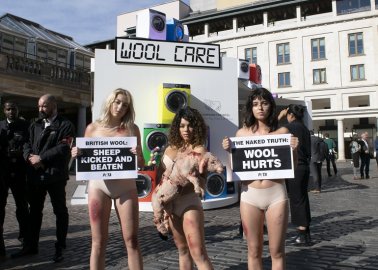 The protest comes in the wake of the first-ever video exposé of the British wool industry, which revealed that at 25 UK farming sheds visited by a PETA Asia eyewitness, shearers punched sheep in the face, stamped and stood on their heads and necks, and beat and jabbed them in the face with electric clippers.

PETA Asia also documented that shearers left large, bloody wounds on sheep’s bodies as a result of fast, rough shearing and that they stitched up gaping wounds with a needle and thread and without administering any pain relief. The eyewitness never saw sheep receive any veterinary care, including for painful conditions such as mastitis (an udder infection) and prolapsed uteruses.

One farmer was filmed dragging two injured sheep who were unable to walk into a shed, where he left them to suffer without care. They eventually died. Several others died during shearing from possible shock resulting from the rough handling – or what one farmer called a “heart attack”.

Sheep are gentle prey animals who are petrified of even being held down, yet they endure vicious beatings, bloody wounds, and broken limbs in the hideously cruel British wool industry. Just like us, they visibly express emotions – showing signs of depression when they experience stress or isolation – and they can recognise different facial expressions in humans. Sheep all have unique personalities, and they don’t deserve to suffer horrendously in the wool industry.

Such cruelty isn’t limited to the UK: eight exposés by PETA affiliates of 72 facilities on four continents have revealed that sheep are mutilated, abused, and skinned alive – even for “responsibly sourced” wool on so-called “sustainable” farms. Once they’re no longer considered useful for wool production, they’re packed onto crowded lorries and taken to abattoirs, where their throats are slit.

Buying garments made of wool supports this cruel industry, and wool is one of the most environmentally damaging materials, according to the groundbreaking “Pulse of the Fashion Industry” report. It’s easier than ever to ditch wool this winter and switch to soft and cosy cruelty-free materials for which no animal had to suffer.

The best thing that you can do for sheep is to refuse to buy wool. It’s easy to check labels and tags before you buy clothing and other items. If they mention “wool”, leave the item on the shelf and look for an animal-free alternative.

Some durable, warm, and stylish options include organic cotton, hemp, and synthetic fibres – and you can even buy fleece made from recycled plastic bottles! To find brands that sell fashion-forward wool alternatives, take a look at our list of companies using the “PETA-Approved Vegan” logo.

Sheep in the UK Abused for Wool