One More Reason Not to Eat Shrimp – Slavery

Seafood could be coming with a side dish of slave labour, according to a new report by the Associated Press that appears to reveal serious human rights abuses in the global shrimp industry.

Investigators found that trafficked workers in Thailand were held captive and forced to work 16-hour days with their hands in icy water, tearing off the heads, tails and shells of shrimp bound for restaurants and supermarkets in the US and Europe. These workers, who included children so small that they had to stand on a stool in order to reach the peeling table, were locked in filthy sheds and threatened with violence. Previous reports have also uncovered thousands of fishers being forced to work as slaves, all just so that Western consumers can buy cheap frozen shrimp.

According to Greenpeace, even shrimp who have been caught in UK waters may be shipped to Thailand for processing as a cost-saving measure, then sent back here to be packaged and sold in British supermarkets with a label that says “packed in the UK”. In short, there’s no way of knowing whether the shrimp you buy were peeled by slave workers.

But slave labour is just the tip of the iceberg. The global shrimp industry is also an environmental nightmare. Shrimp boats pull enormous nets behind them that stretch up to 200 feet across, netting not only shrimp but also fish and endangered sea turtles. A barred grate is supposed to keep out the turtles, and an opening at the top diverts larger fish, but millions of fish and sea turtles are still caught “by accident” every year. For example, in one North Carolina waterway alone, approximately 200 million small fish are sucked up along with the shrimp every year, posing a threat to the entire ecosystem.

Shrimp farms are just as bad and possibly worse. Asian and South American “shrimp barons” are clearing huge swaths of ecologically sensitive mangrove habitat to create shrimp factory farms, which are commonly cesspools of antibiotics, fertilizers, banned pesticides, contaminated water and other waste. It’s estimated that one-fifth of mangroves worldwide have been lost since 1980, mostly because they’ve been razed to make way for shrimp farms. Shrimp who come from cleared mangroves are estimated to have a carbon footprint 10 times larger than beef that comes from cows raised on cleared Amazon rainforest land.

Swap your prawn cocktail for some delicious faux shrimp – it is better for shrimp and the environment and doesn’t come tainted with the taste of slavery. 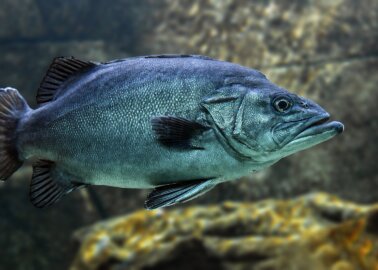