Twenty-nine activists from across Spain gathered in Madrid on 12 August to disrupt a bullfight at the Las Ventas arena and denounce the cruel torture of bulls. They jumped into the arena and ran into the centre of the ring, where they linked arms to form a circle, until seven police officers marched in to break up the peaceful protest.

The activists were representing Gladiadores por la paz (Gladiators for peace) and wore T-shirts reading “Dejad de matar, por favor” (“Stop Killing, Please”). Footage of the event shows the officers dragging and shoving the activists to force them out of the arena. The activists were reportedly detained in police custody overnight before being released the following afternoon. 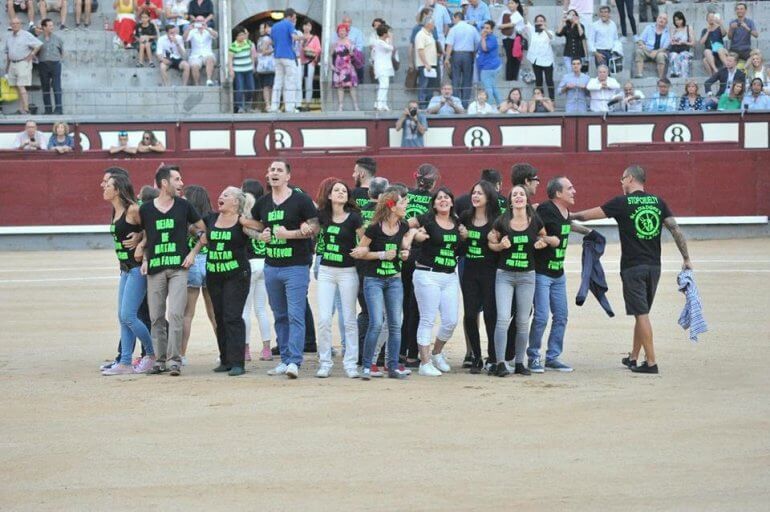 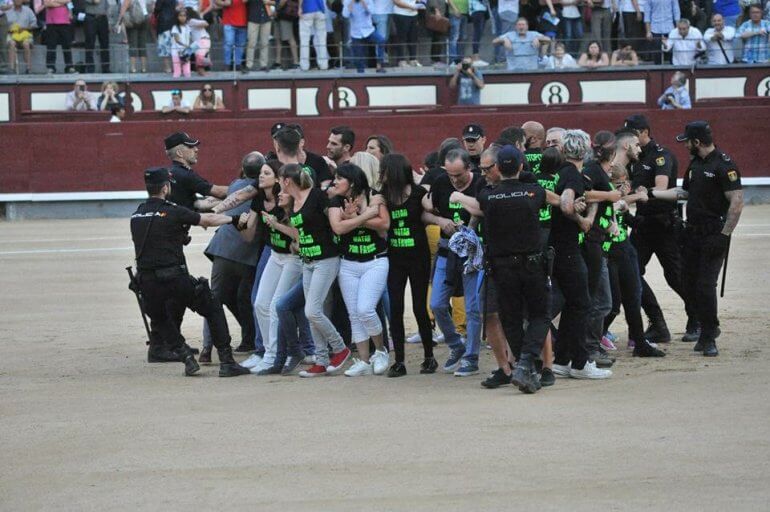 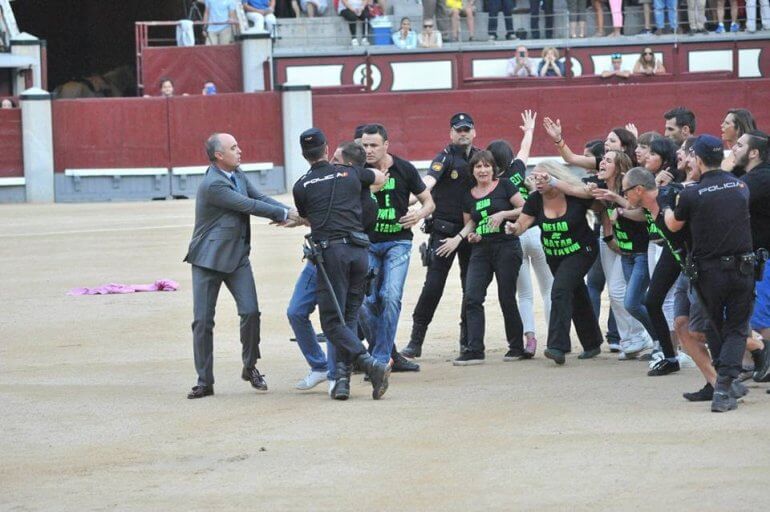 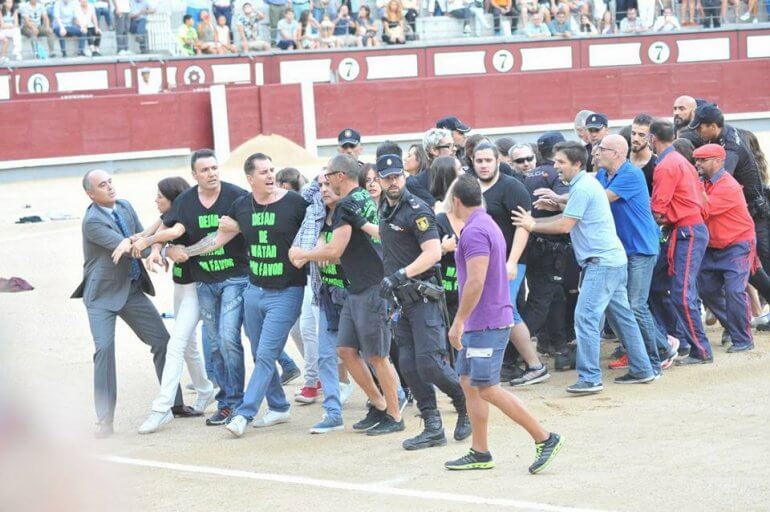 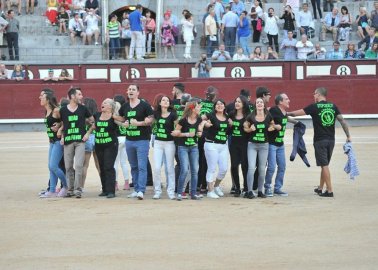 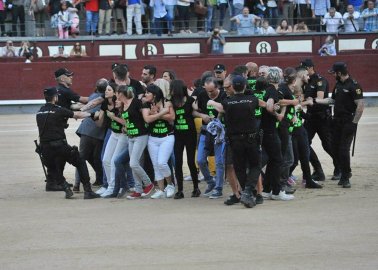 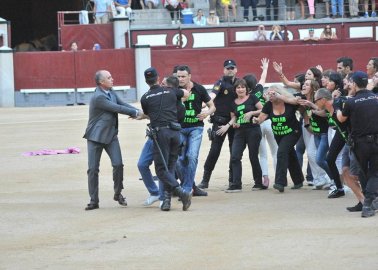 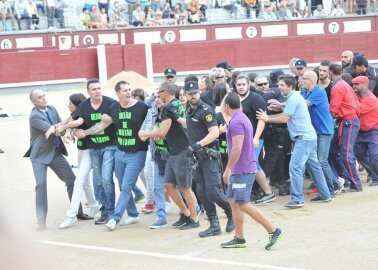 Bullfighting is a violent and bloody spectacle that has no place in a compassionate society. In a typical bullfight, lances and harpoon-like banderillas are driven into the bull’s back and neck over and over. When he has become exhausted and weakened from blood loss, he’s stabbed to death with a sword or dagger.

The disruption by Gladiadores por la paz was the latest in a string of protests against bullfighting that have taken place this summer, including:

More and more people around the world are rejecting bullfighting, but these cruel events continue to take place in Spain, France, and other countries. Please ensure you are not contributing to the industry by refusing to attend or take part in any bullfights or bull runs.

Please also sign our petition to the Prime Minister of Spain urging him to introduce a national ban on bullfights and bull runs: