London’s Leicester Square just got a glow-up – of the vegan kind!

Launching on the 14th of March for one month, the home of the Whopper has gone green. An all-vegan Burger King threw open its shiny doors to vegans and meat-eaters alike, hoping to change the planet one plant-based mouthful at a time.

Burger King joins KFC and McDonald’s in offering in-demand vegan options, but Burger King is the first of the big three to open a completely meat-free store in the UK. Cluck, yeah!

What’s on the Menu?

To sum it up, no animals or their secretions. Joining Burger King’s already successful Vegan Royale, Vegan Nuggets, and Plant Based Whopper are its new, limited edition Vegan Katsu Royale and Plant Based Katsu Chilli Whopper.

Along with the fries, which are also suitable for vegans, these animal-friendly options are already available at Burger King locations across the UK.

Are They Suitable for Vegans?

While the Vegan Royale and Vegan Nuggets are certified vegan, Burger King describes the Plant Based Whopper as “plant-based” because of potential cross-contamination from being cooked on the same grill as meat. (Though this won’t be the case at the Leicester Square location, as no meat will be cooked there for a month!)

Vegans who feel uncomfortable with this can choose one of the certified vegan options, but PETA is happy to recommend the Plant Based Whopper and Plant Based Katsu Whopper, as no animal-derived ingredients are used to make these burgers.

A Whopping Reduction in Carbon Emissions

Meat = heat. This isn’t news to us in 2022, as the climate crisis is covered by the media almost daily. The United Nations has stated that urgent and unprecedented changes – including a shift to a plant-based diet – are needed to limit the catastrophic damage that will be caused by climate change.

Also according to the United Nations, animal agriculture is responsible for 14% to 18% of global greenhouse gas emissions, which by some estimates is more than all forms of transportation combined. Cows release a huge volume of methane – a greenhouse gas 30 times more potent than carbon dioxide at trapping heat in the atmosphere – which contributes to climate change.

That’s how, by going vegan, you can reduce your carbon footprint from food by up to 73%. Take action for the planet, starting with your plate.

Whether you’re vegan, vegan-curious, veggie, or none of those, it’s never been easier to eat vegan. Thanks to huge names such as Burger King jumping on the vegan train, you can now find a delicious animal-friendly meal on most high streets. Check out the new releases just for January this year  or our round-up of the best vegan food of 2021 – the choices are endless! 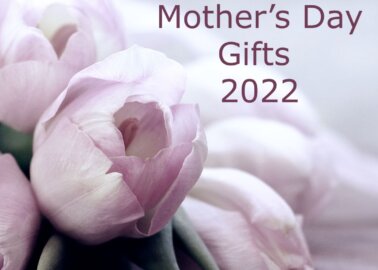